Last November we heard about VRcade, a virtual reality system that lets the user move around while wearing a VR headset, thanks to wireless wearable electronics and cameras. A company called Zero Latency is working on the Inversion Project, a very similar setup for VR poster child Oculus Rift. 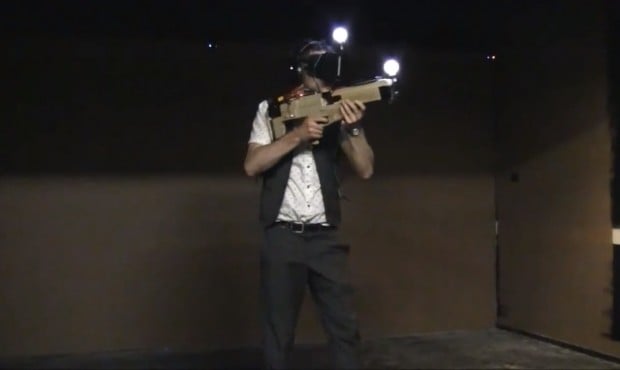 Details are scarce about the Inversion Project, but I’m going to bet that it also requires cameras or motion sensors aside from the hardware that’s worn or carried by the user. The video below demonstrates the technology with the help of a simple zombie game disappointingly called Zombie Fort: Smackdown and not Rift 4 Dead.

Zero Latency will demo the Inversion Project on Feb. 16 at Melbourne Australia’s Pause Festival. Hopefully details will trickle out of the event soon after.