The Walking Dead Grate Prank was a Great Prank

There have been quite a few pranks being played of late in an effort to scare the crap out of hapless passersby who are off in their own worlds. I particularly liked the prank with the devil baby for the flick Devil’s Due. 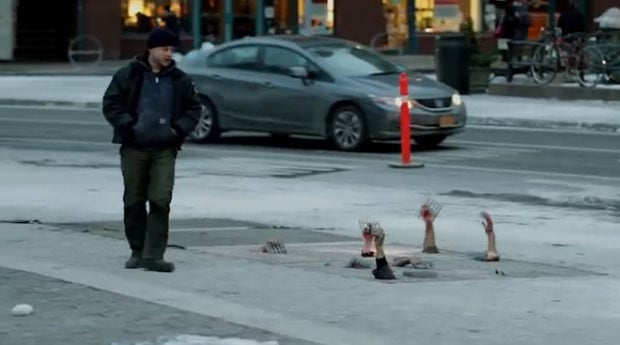 To promote one of my all-time favorite shows, The Walking Dead, AMC got a horde of walkers together and had them stand under one of those grates on the sidewalks of New York to scare the crap out of people. They probably also got to view some upskirts along the way. I can’t help but wonder how none of the zombies got their hands crushed.

When people walked by their hands poked out of the grate and scared the crap out of everyone. You need to watch the video for yourself, it is hilarious.