Drones with Retina Scanners to Deliver Government Documents in Dubai

Back in December when Amazon announced that it wanted to use drones to deliver packages to Prime users in only 30 minutes, many folks thought that sounded farfetched. Word has now surfaced from the United Arab Emirates (UAE) that the government wants to trial its own delivery service in Dubai using drones. 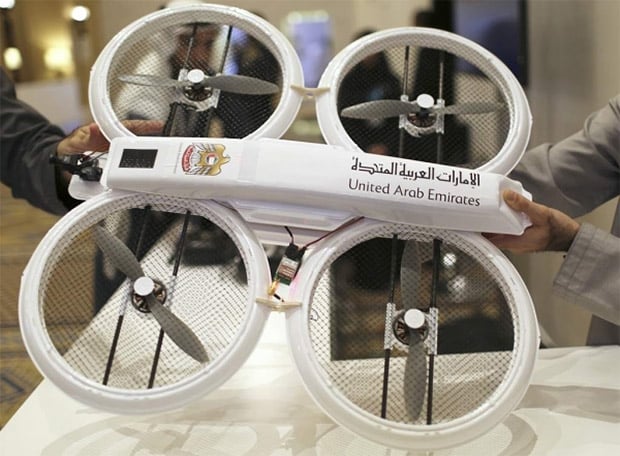 The service would feature drone aircraft to deliver items to citizens such as driver’s licenses and other government documents. A prototype drone was unveiled this week and the UAE government plans to test the drone for six months.

The battery-powered quadrotor will carry packages in an upper cargo compartment. It also will have fingerprint scanners and retina scanners to ensure delivery to the correct person. The team behind the drones says they could cost as little as $1100(USD) each, and carry loads up to 3.3 pounds distances up to 1.86 miles.

Assuming a successful test in Dubai, the government wants to roll the drone aircraft out to the remainder of the country in the next year.

[via The National via The Verge]