A Fish Drives a Car

A while back we featured a robot vehicle that was made to be driven by a parrot. This one’s meant for fishes. Image recognition specialist Studio diip made Fish on Wheels to showcase its prowess in its field. The vehicle moves by following the movement of the fish inside the tank. 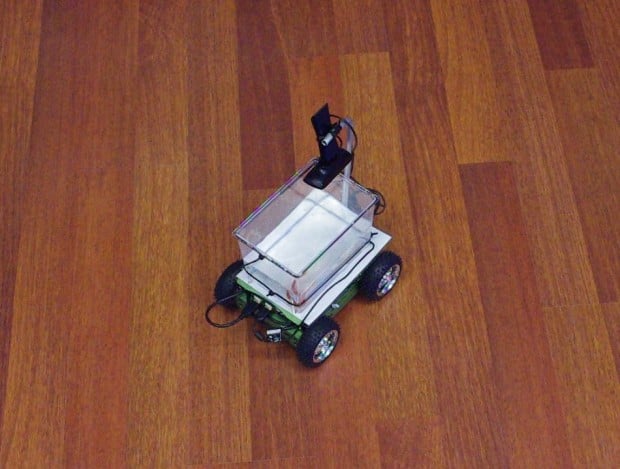 A webcam positioned above the tank feeds video to a Beagleboard, which analyzes the position of the fish by contrasting the animal’s body with the bottom of the tank. The instructions are then sent to the vehicle itself, which is powered by an Arduino.

This summer, watch as Nemo is awakened from cryogenic sleep in 2099 to search for the remains of Wall-E under the ocean and use it to beat the tyrannical ruler Lightning McQueen in Finding Nemo 2: Cars 2: Wall-E 2: Judgment Day.

[via Studio diip via prosthetic knowledge]