A company called Tivitas is working on the gamepad equivalent of Mad Catz’ R.A.T. mice, and then some. It’s called the Sinister, a glove-shaped gamepad that’s adjustable in different aspects. It also has a haptic feedback technology that’s supposedly more nuanced compared to the rumble motors used in most gamepads. 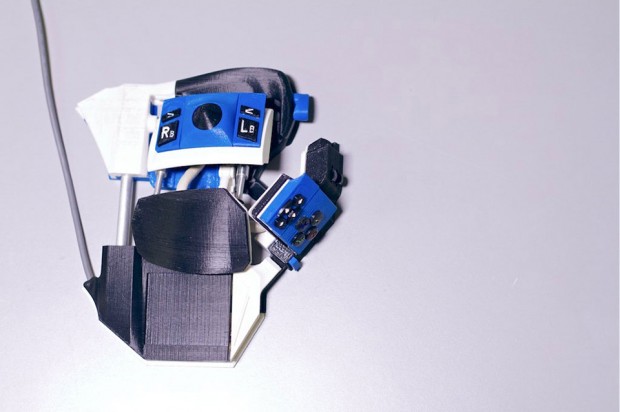 The images here are of the Sinister’s prototype, but the major features should be intact in the retail product. Like Mad Catz’ mice, Sinister’s overall length and the height of its arch are adjustable. The customization extends to its buttons and analog stick. These switches come in small magnetized modules that can be rearranged on the fly to suit your preference. 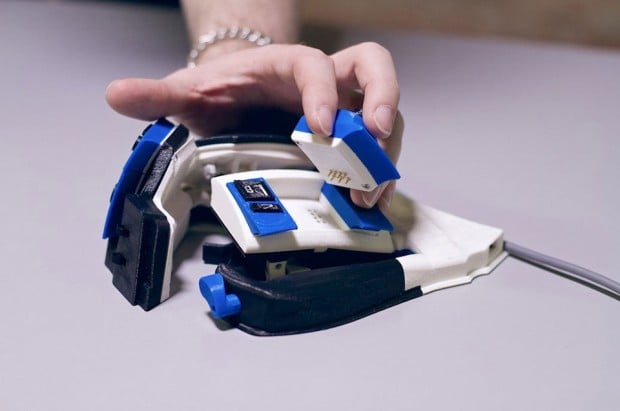 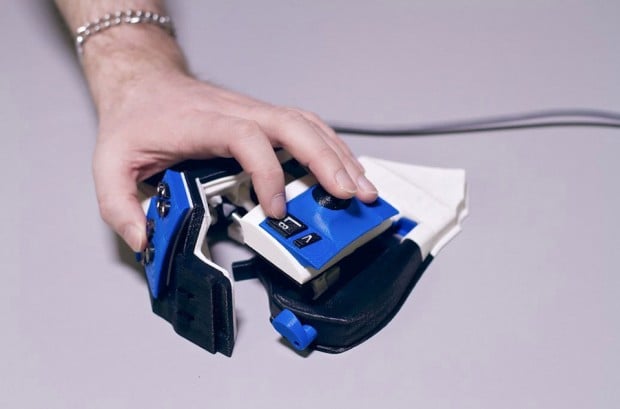 In its hands-on with Sinister, Polygon said that Vivitouch, the gamepad’s haptic feedback technology, is “lighter, smaller, quieter and more energy efficient than rumble devices and offers a more targeted haptic feel. A bullet shot feels a lot different to a sword clanging against a shield, or a long fall.” Polygon also said that the gamepad will have different rumble settings for different types of games, though Tivitas made no mention of that in its Kickstarter page.

Tivitas claims that Sinister is already compatible with Windows and Linux, with support for OS X on the way. Pledge about $109 (USD) on Kickstarter to get a beta version of the Sinister gamepad as a reward. I think the Sinister can make gaming on a PC more comfortable, but I can do without the rumble feature. Hopefully Tivitas will consider releasing a cheaper, rumble-less model.