Show off your love for retro gaming with this animated pixel art frame. Similar to the Pixel and Pixel V2, Game Frame is a digital canvas that can be loaded up with hundreds of your favorite 8-bit video game characters and symbols. Time to show off some 8-bit art in your home. 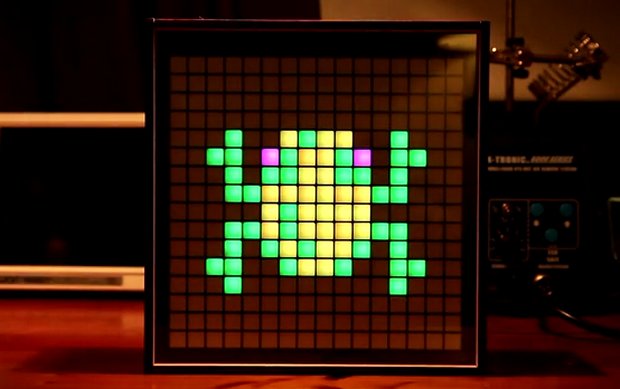 Basically the frame is a grid of 256 ultra-bright LED pixels, for showing off all kinds of geek art. In fact, Game Frame comes with over 40 brand new animations from eBoy. The hardware is Arduino-based, and the complete source code will be released once they ship. Thousands of images & animations can be stored on SD and played back the way you want, configured by two buttons on top.

While it’s not as high resolution as the Pixel, there’s something to be said for the chunky square LED pixels on the Game Frame.

A pledge of at least $230(USD) will get you a completely assembled Game Frame, while you can pick up a kit version with all components but the frame for $150, or without the LEDs for $60.

[via This is Why I’m Broke]