Last year we saw a 24-foot long print that depicts the history of Doctor Who, which was inspired by the mysterious Bayeux Tapestry. The talented pop artist Aled Lewis was also inspired by the relic to make an illustrated history, this time of Star Wars. But instead of drawing it he decided to hand-stitch the entire thing. 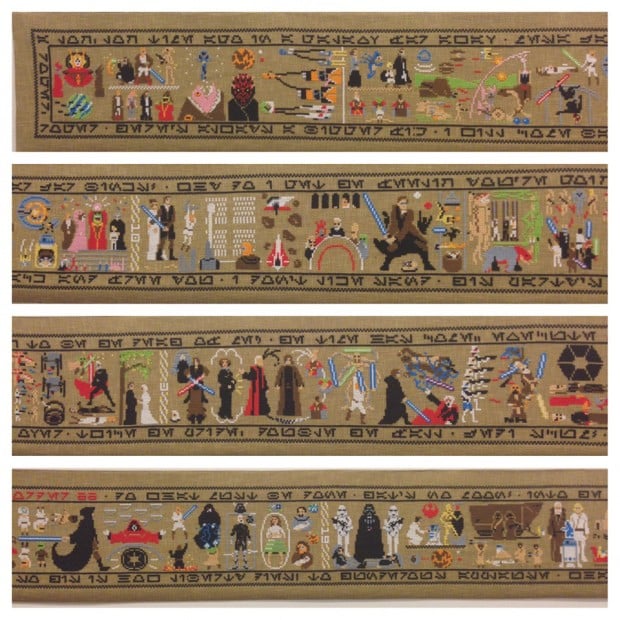 Aled calls his creation The Coruscant Tapestry. Yes, it’s not actually a tapestry, nor is it from Coruscant, but you can say the exact same thing about the Bayeux Tapestry. The whole thing is 30ft. long and 13in. tall. and relays the first six episodes of Star Wars. Along the borders of the strip Aled inscribed quotes from the movies in Aurebesh, the alphabet that was invented for the Star Wars universe.

The Coruscant Tapestry is currently on display at Gallery1988 in Los Angeles, California, but you can take it home for $20,000 (USD). Check out the gallery’s blog to see larger images of the piece.