Super Mario Bros. Doorbell: Did Someone Call a Plumber?

If you want to announce your love of Super Mario Bros. to your guests before they even enter your home, you need this doorbell. YouTube user Joe Tsai designed this Mario themed doorbell that chimes with the sound of coin collecting from the game. 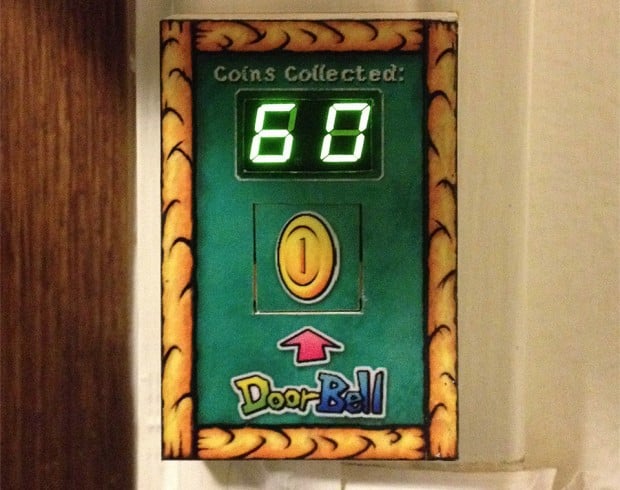 When a guest presses the button, the counter ticks upward and it makes the familiar coin-collecting noise. Special sounds like play at certain intervals too. Every 10 coins, it makes the 1up sound, and every 100 coins you get a mushroom upgrade. Sweet.

If you want to build one yourself Joe has a tutorial to help you out. Make one and put it on your door now.

It’s the next best thing to a Mario voice saying, “It’s a me! Mario!”

[via VVV via Nerd Approved]