We saw an unofficial LEGO version of the Motorized Patriot a couple of weeks ago. But if you wouldn’t mind spending a little cash for something more detailed, check out NECA’s officially licensed action figure of the fearsome Heavy Hitter. 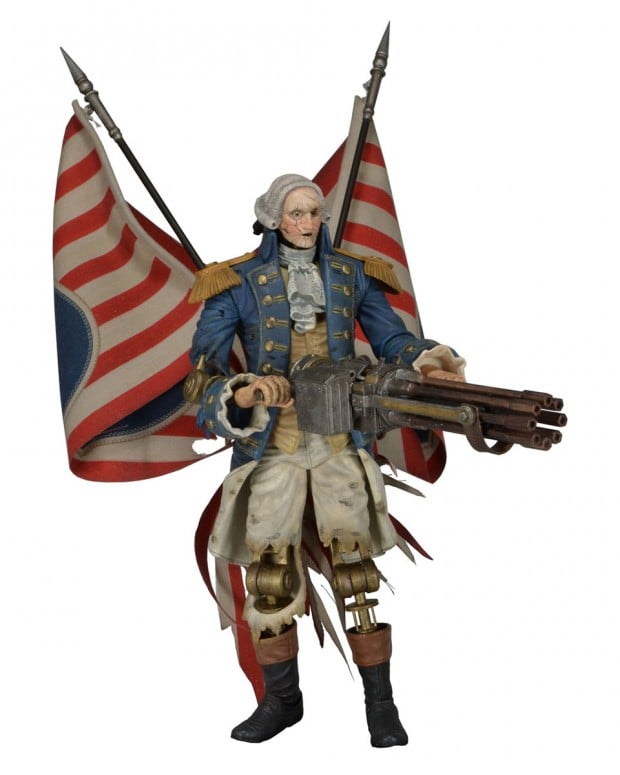 The action figure stands 9″ tall and comes with two tattered flags of Columbia, two interchangeable heads and a gatling gun. 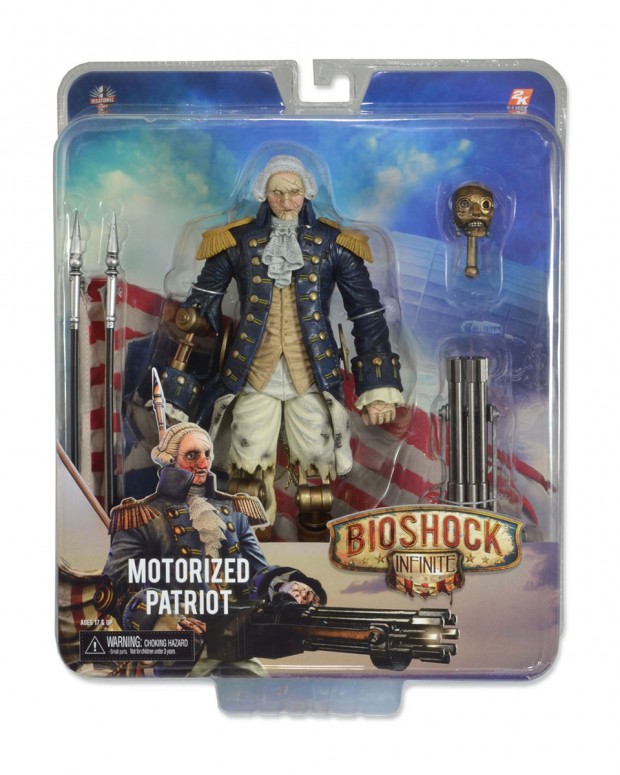 The gun’s barrels move if you turn its crank, and the flags fit in the back of the action figure, just like its virtual counterpart. 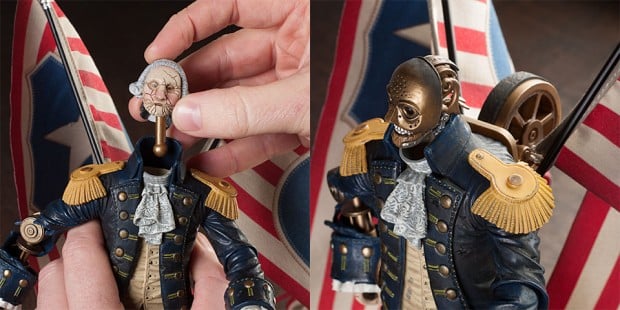 For the glory of Columbia, order the action figure from ThinkGeek for $30 (USD).