There are untold numbers of people that go into surgery around the world every week due to cancer. Cancer surgery can be difficult on the patient and for the surgeon because it is very difficult to know if all of the cancer cells were removed. If any of those cancerous cells are left behind, the cancer can return. 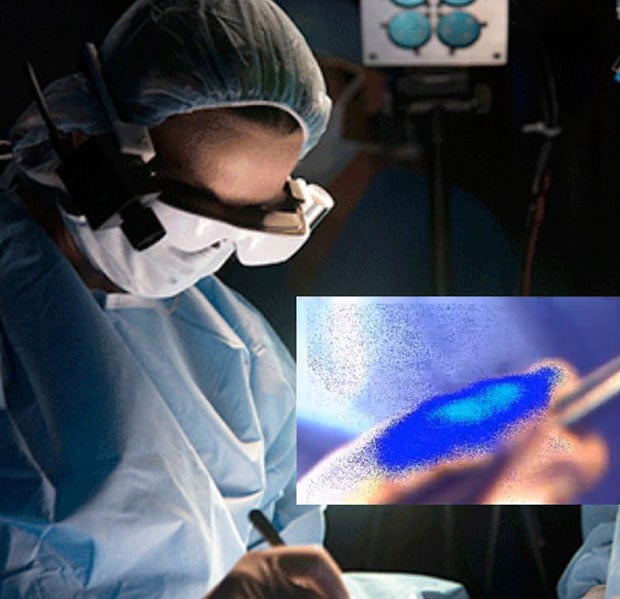 A group of Washington University in St. Louis researchers led by Samuel Achilefu have announced the development of a set of smart glasses that have been used in a surgery this week. The glasses aim to make it easier for surgeons to spot cancer cells. The glasses are used in conjunction with some sort of fluorescent molecular imaging agent. When the doctor looks through the smart glasses, the cancer cells glow blue. The video below shows real-time video of the removal of a cancerous lymph node during the experimental surgery:

This technology should make it much easier to determine if all the cancer cells were removed. The researchers say that while the glasses have been tested in a real surgery, the still require more development before they can be widely used.