People are crazy. Especially in big cities like New York or Los Angeles. Here is a video from Los Angeles where a guy is smashing up a LAPD police car. That’s no surprise, but what is interesting is that Darth Vader and Superman are on the scene. 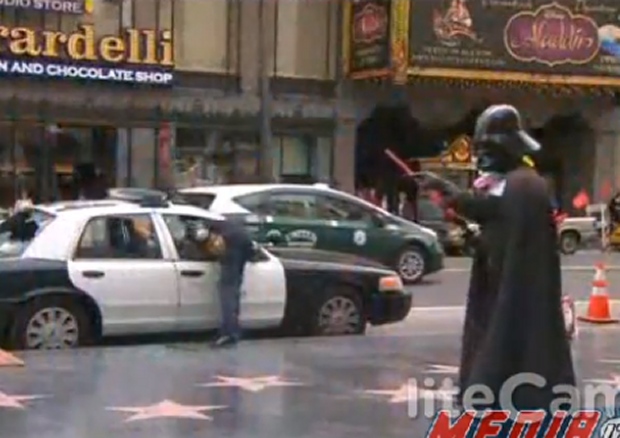 The guy yells “God is real!” while smashing up the cop car and stealing a laptop inside. Vader just looks on. while the guy breaks the window and takes the laptop, then walks a few feet away and starts to use it. Obviously Vader mind-controlled this guy and made him take the fall.

Superman arrives on the scene at the end, way too late to do any good, but at least he showed up.