Both the original NES console and VHS tapes were popular back in the 1980s, so it actually doesn’t seem that unusual to see the two in the same picture together. Though I can honestly say I’ve never seen an NES inside a VHS tape – until now. 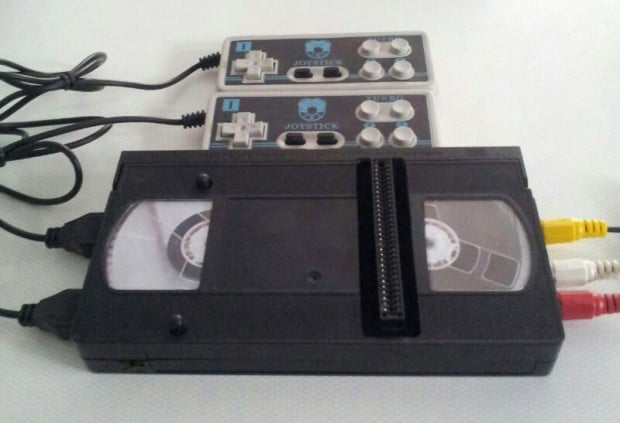 The VideoTendo 2000 is a fully-functional gaming console built into a VHS cassette. And while it’s actually an NES clone that’s Etsy seller ShinoBicycle used to achieve the feat, at least it plays physical cartridges. In fact, it’ll play Famicom games as well as PAL and NTSC NES games. 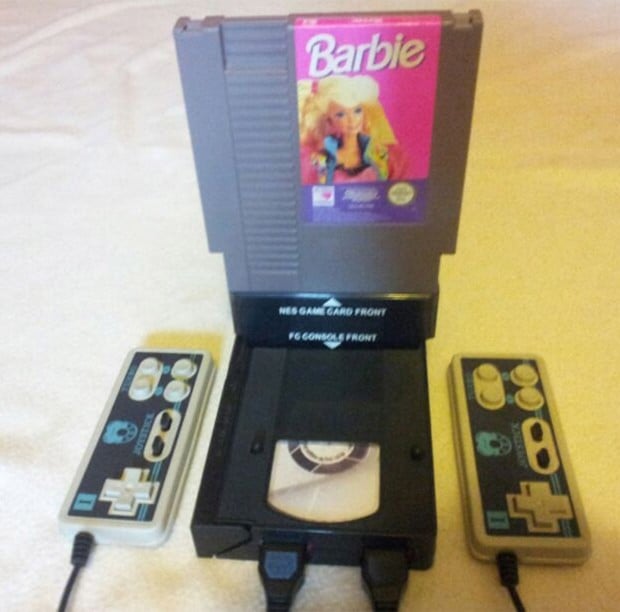 It’s a pretty neat mod, though it looks to me like he had to rip the tape out from the inside of the VHS cassette and stuck images of them in the windows in their place. At least that’s what it looks like to me from the pics. It’s not like you were going to try and cram this into your VCR anyhow, were you? 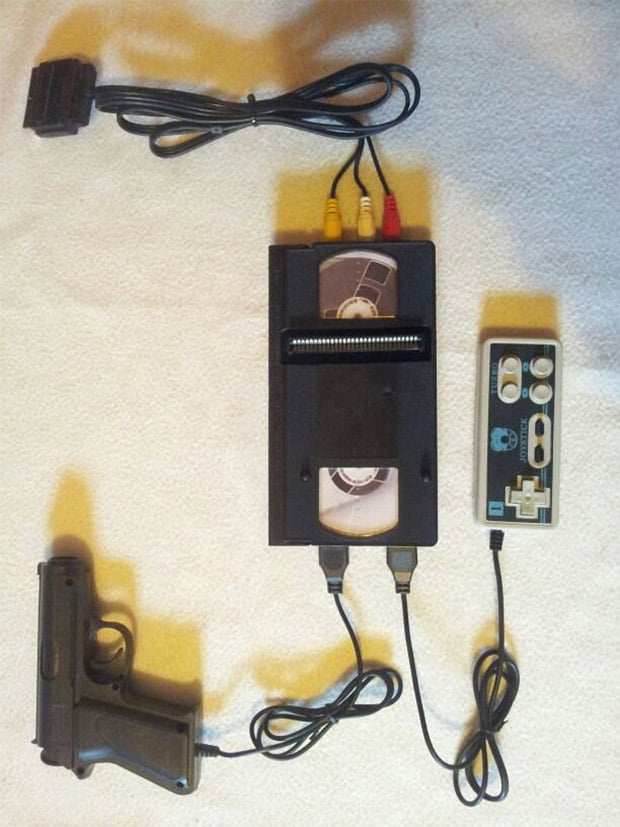 So bust out your big hair and your Power Glove and head over to Etsy, where you can grab the VideoTendo 2000 for the odd price of $224.94(USD). Remember when buying a movies on VHS cost $89.95? Now the price of the VideoTendo doesn’t seem so bad does it?

Maybe someday, he’ll put an Atari 2600 inside a BetaMax tape.