If you ever played Rock Band, you might recognize the name Harmonix. Harmonix is the company behind that game, and word is that the company is working on a new music game. But time the game is said to also be a first-person shooter. 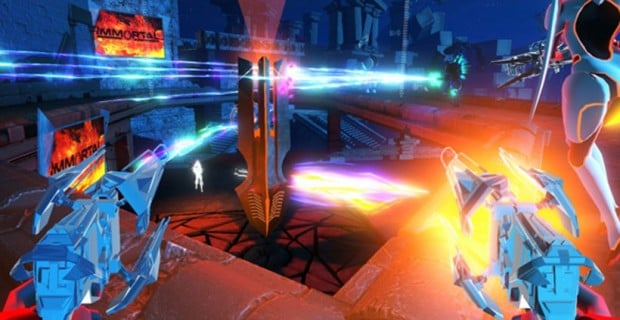 Harmonix is working with developers at Hidden Path, the company behind Counter-Strike: Global Offensive. The musical FPS game is called Chroma, and it’s expected to be a free-to-play title built using the Unreal engine. Though chances are “free to play” includes some sort of paid upgrades.

The game promises to shape and evolve itself based on the music it plays. The landscape will change with the music and players able to move with the rhythm will get bonuses. That means players in tune with the music will be able to jump higher and run faster. It sounds very strange, but it also sounds kind of cool.

If they can pull this off it will certainly be different from any other FPS games out there. There is no word on when the game will be complete, you can sign up to participate in the Chroma closed alpha here.

[via Games on Net]