This 3d-Printed Skull Is Also a Slinky

3D printers are amazing. You can create all kinds of cool things with a 3D printer. Anything you can imagine. If you wanted to make a 3D skull that was also a Slinky, you can do that. In fact, someone has made it already. 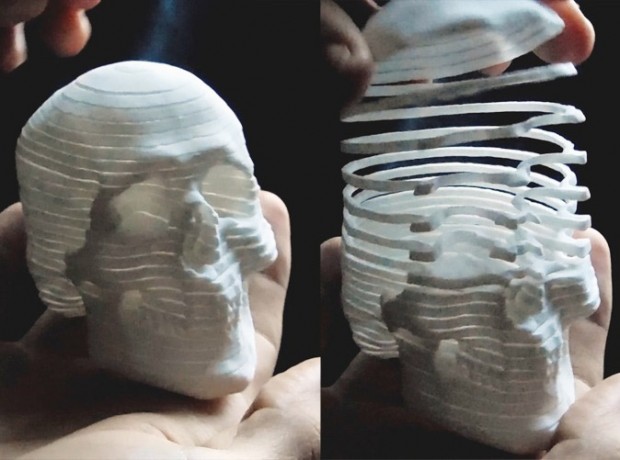 Shapeways contributor Ryan Kittleson created this skull – cleverly titled the Mortal Coil – and it doubles as a springy toy. Check out the video he made to show off how cool it is. And creepy. It looks like a fun little toy.

If you are a fan of skulls and Slinkies, you’ll want to get your own amazing stretchy skull and impress your friends. It’s available for $49.99 to $69.99(USD) over at Shapeways, depending on the material you choose.

Just don’t try and make it walk down stairs, alone or in pairs.

[via Crackajack via Nerd Approved]