Rekindle Candle Rekindles the Candle, Not the Flame

Candles are one of those things you can recycle again and again (in theory), because they’re basically just made from melted wax and nothing more. I say “in theory” because most people don’t really bother to re-melt and mold melted wax after a single use. 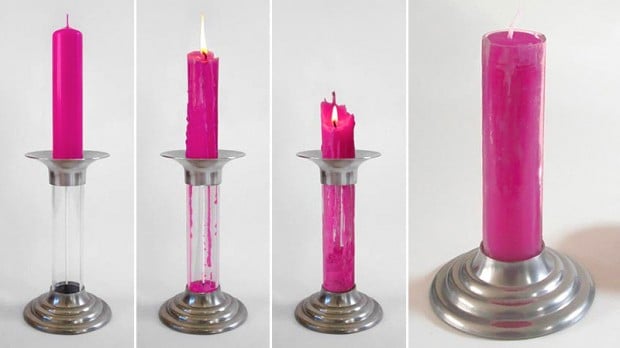 However, that might all soon change with designer Benjamin Shine’s Rekindle candle holder. It’s basically a two-tiered candle holder that has a chamber at the bottom. As the candle melts, the melted wax that doesn’t burn up drips slowly into that chamber.

When the candle has been used up, you can remove the cover and re-use the candle at the bottom. Repeat the cycle over and over again, and you might not have to buy another candle for a very long time.

[via Dude I Want That! via Gizmodo]