75,000+ People Are Playing a Game of Pokémon: MMOkémon

Pokémon are elusive creatures. If you want to catch them all, you better bring an army. That must be their thinking on Twitch.tv, where right now more than 75,000 people are in a chatroom controlling a single game the Game Boy version of Pokémon Red. 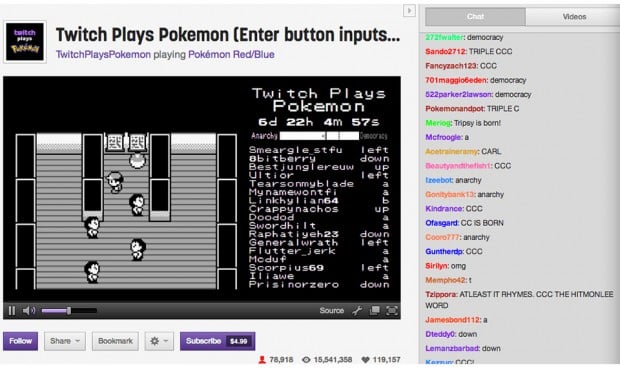 The users are entering controller input into the chat window (up, down, left right, B, A, select, start) and that is how they are playing the game. It’s just a bunch of crazy chaos. Scroll down or hit the link and watch it for a while. It is strangely engrossing.

I just watched for several minutes as they tried to enter a name and got nowhere. Clearly, they are never going to catch them all.