Back in 2010, we first talked about an interesting smart firearm that came from a company called Armatix. That gun was designed to fire only when the person was wearing a watch fitted with an RFID sensor inside. Without the watch on the wrist, the gun isn’t functional. The idea was to keep unauthorized users from being able to use the gun. 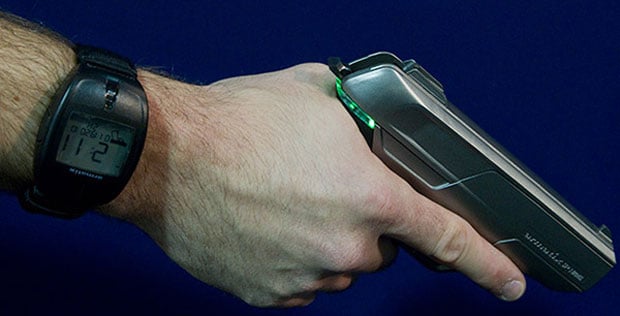 The Armatix iP1 gun was expected to hit the market in 2010 at a price of nearly $10,000. Well, fast forward four years, and the gun is now available in the US with the Oak Tree Gun Club in LA selling it. Plus, the cost has come down substantially. 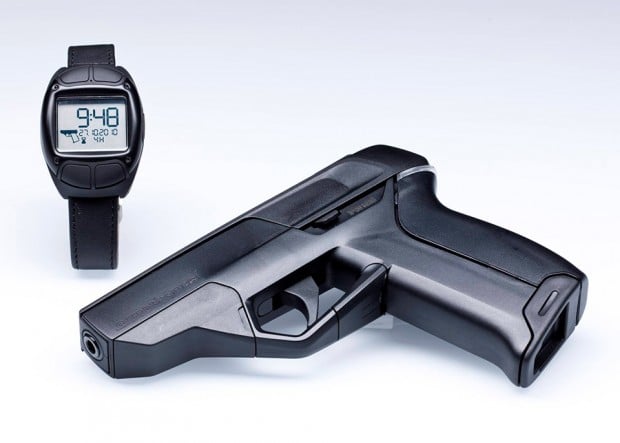 The gun is a .22 caliber weapon with a 10-round capacity. The watch and gun are sold separately. The gun sells for $1399, while the watch, which is required to use the gun, sells for another $399. If there’s any real downside to the gun, it’s that a .22 caliber isn’t what most people want for home defense or concealed carry.