There is no better way to get a nerd’s money than to decorate a hotel with their favorite toys. Do this and they’ll line up and drop their money in your account as if their mint, on-card action figures depended on it.

The Asahikawa Grand Hotel knows how to lure said nerds out of their basement dwellings… with a limited time only Transformers themed room. 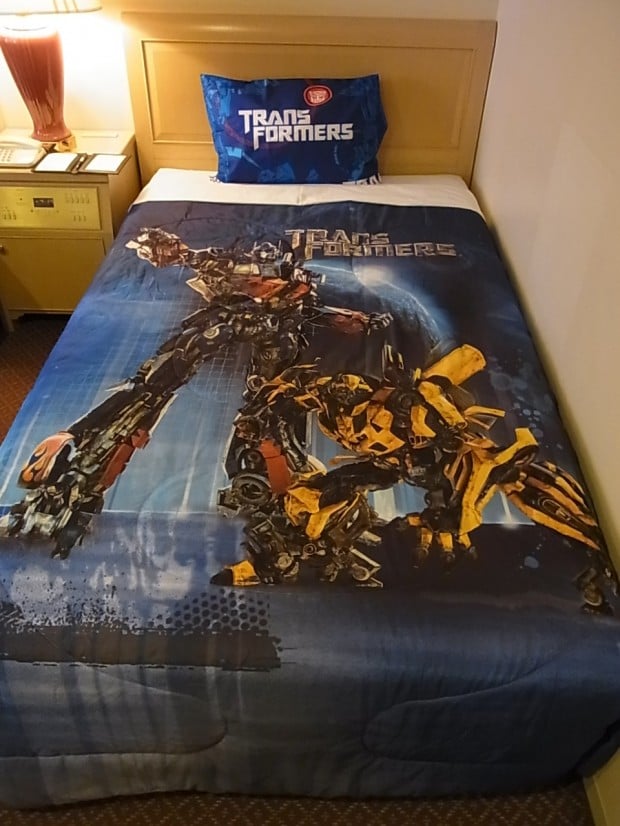 Basically you will be sleeping under a Transformers comforter and playing with Autobots and Decepticons. So, not much different from home really. You just won’t have to put up with your mother yelling for you to wake up at 1 P.M. 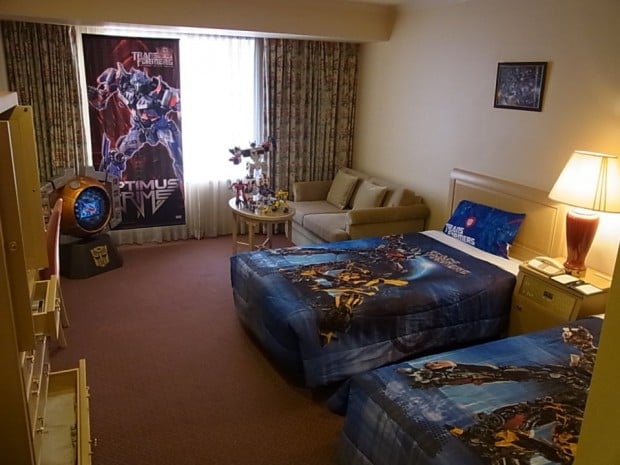 The hotel actually teamed up with Takara Tomy to make the room possible. It has Transformers magic everywhere. Guests even get gifts that go with the Transformers theme. Pretty sweet! 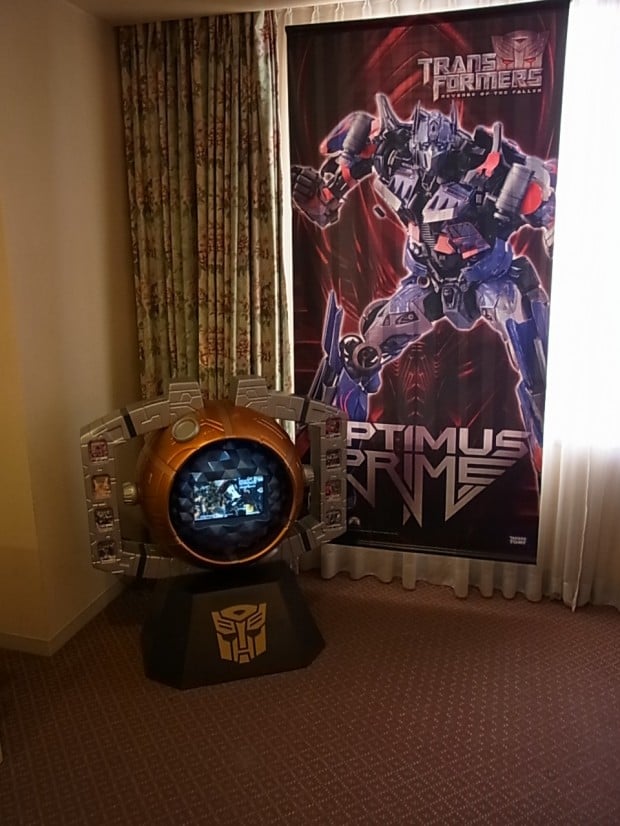 If you happen to find yourself in Hokkaido, Japan, you can rent the room until April 25th for roughly $90(USD) per night. 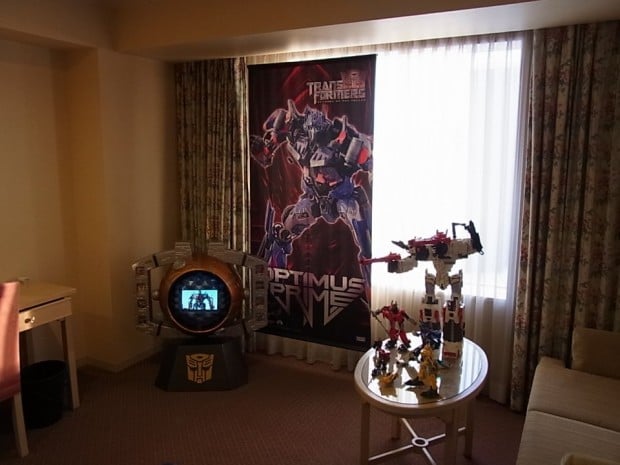 [Higekumatoytoy via Kotaku via Nerd Approved]