Legend of Zelda Pizza: A Link to the Pepperoni

It’s dangerous to go alone. Take this. Just make sure that you cut it into Tri-Force shapes. This Legend of Zelda inspired pizza was made by denacem to celebrate the 28th anniversary of the release of Legend of Zelda. 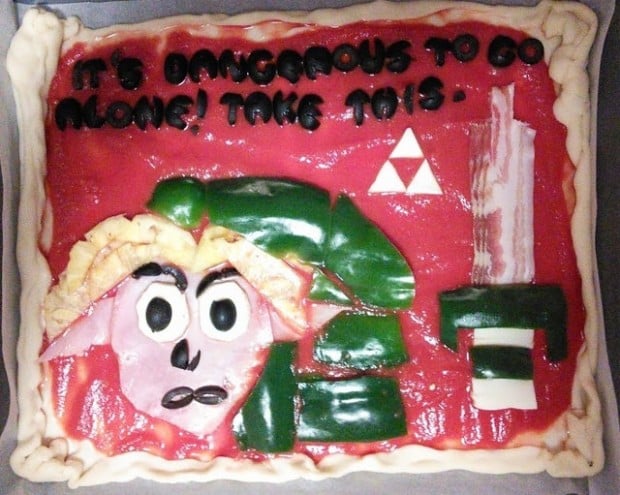 This is the tastiest Legend of Zelda treat you will see all day. You will want to eat it, but you can’t. It’s just an image. It’s also raw, so you’ll get sick. 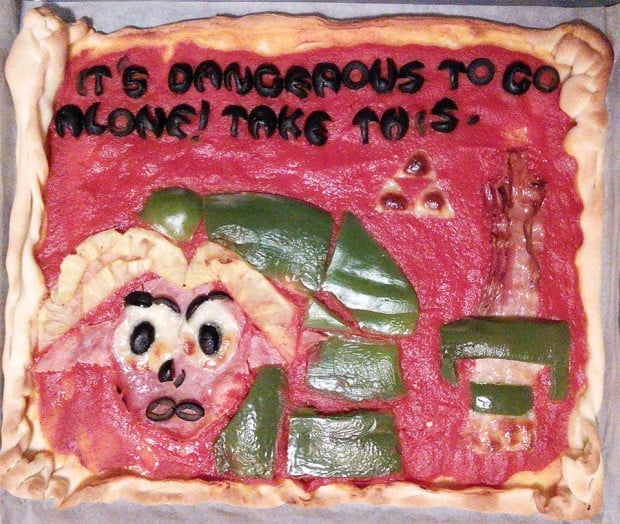 There, that’s better. Though Link’s hammy face seems to have disappeared into the tomato sauce after baking.

You can’t beat a Link made from green peppers on a pizza. Though he looks kind of mean. It needs another sword just so it can have more bacon. Now I’m hungry again. I really have to stop writing about food. Is it lunch time yet?