The Super Mario Bros. theme is nearly 30 years old. It’s quite old, but not as ancient as the sheng, a Chinese instrument that’s mentioned in texts from 11th to 12th century B.C., which means it could be about 3,000 years old.

Whoever made the accordion-like instrument couldn’t have imagined that it would be used to meet the poster boy of a modern art form. 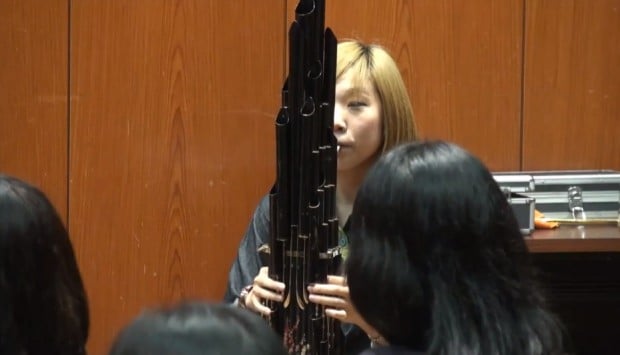 Watch the past meet the present:

That escalated right from the get go.