Mini Museum Contains Tiny Samples of Rare Objects: What is This? A Museum for Ants?

Mobile devices let us look up practically anything we want to know about anywhere and anytime, but there’s nothing like looking at the real deal. Relics and artifacts invoke a sense of wonder and fire up our imagination. Product designer Hans Fex thought of a brilliant way for us to experience that spark anytime and anywhere with his Mini Museums. 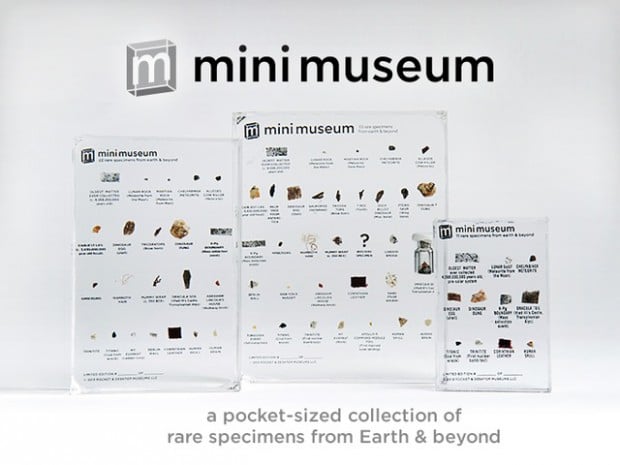 Hans says he’s wanted to make the Mini Museum since he was seven years-old. He got the idea from his father, a research scientist. In 1970 the elder Fex brought his son some artifacts that he embedded in clear resin, perhaps to protect them from his child’s curious and unsteady hands. 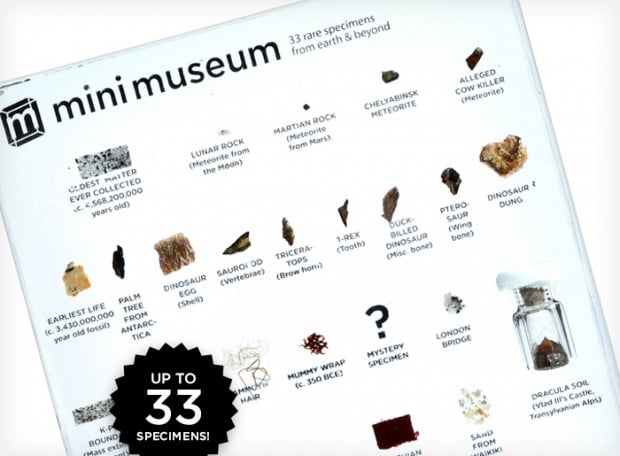 Now in his forties, Hans has gathered 33 very rare specimens that he’s chopping into tiny bits to share with you. These include a meteorite from the Moon, a T-rex tooth and even a 4,568,200-year old object, the oldest piece of matter ever collected.