Samsung today took wraps off it’s hotly-anticipated Galaxy S5 smartphone. But instead of focusing on software bells and whistles, the company says the phone is all about the things consumers want most – fast network connectivity, a great screen and camera, and durability. 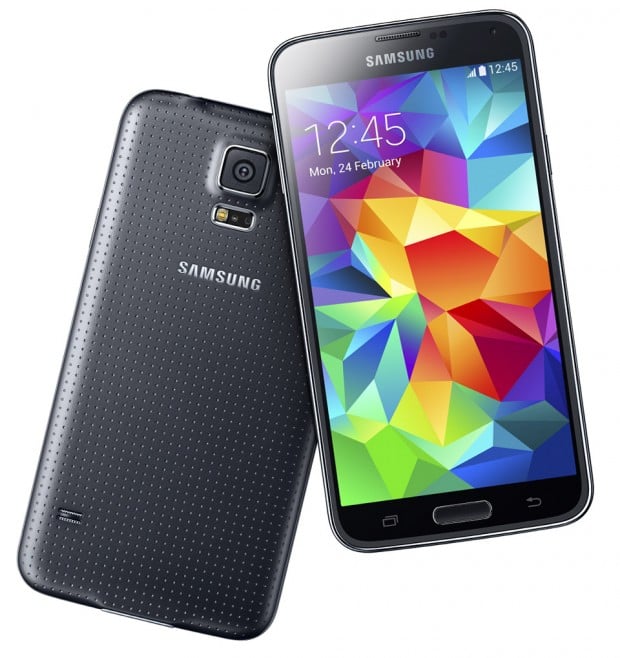 Compared with the S4, the Galaxy S5 will offer a slightly larger 5.1-inch 1080p Super AMOLED display, and will be powered by a 2.5 GHz Quad Core CPU, running Android 4.4.2 (Kitkat). The phone’s battery has been stepped up from 2600mAh to 2800mAh, and there’s even a “super power save” mode which will drop the display down to black and white and turn off various features when you want to get the most possible life. Its also had both cameras upgraded – the front camera is now 2.1MP, while the rear is 16MP. Autofocus time has also been improved to as little as 0.3 seconds. Also, according to its spec sheet, it can capture UHD video at 30fps. We’re assuming this means 4K.

The Galaxy S5 supports 802.11ac and 2×2 MIMO Wi-Fi connectivity, and a new feature called “Download Booster” which can combine data transmission over LTE and Wi-Fi simultaneously for greater throughput (though this will eat up data on your data plan when activated). It’s also got an upgraded fitness package called S Health 3.0, which includes tools like a pedometer, diet and exercise tracking and even a built-in heart rate monitor. 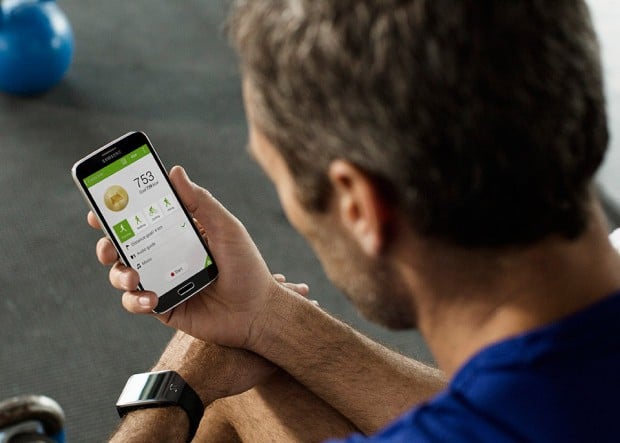 The design of the new phone is definitely more refined than the prior model in my opinion, and has a textured pattern on the back of its case to not only give it a better grip, but to make it more distinctive than past models. You can choose from a variety of colors, including black, white, blue and copper-gold to start. 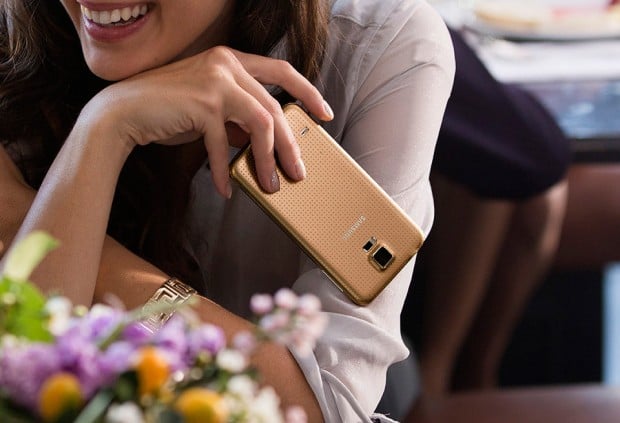 Perhaps the best new feature of the Galaxy S5 isn’t its design or under the hood, it’s the fact that it’s now IP67 dust and water resistant – which should make it much harder to damage the phone. Though it’s still not fully waterproof, like the underwater-friendly Sony Xperia ZR.

Samsung hasn’t yet revealed pricing for the Galaxy S5, but has said the phone will be available this April 11, in both a 16GB and 32GB versions. For now, there’s no plan to release a 64GB model, though the phone’s microSD slot can add up to 64GB of additional storage.