Instructables Community Manager and avid maker Mike Warren figured out a way to work on his gaming skills while walking his dog. He gutted a broken Xbox 360 controller and turned it into a large but somewhat practical dog leash. 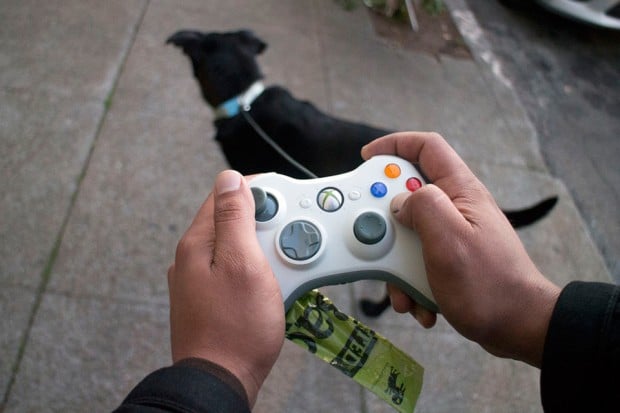 I say the mod is somewhat practical because Mike replaced one of the gamepad’s rumble motors with a poop bag dispenser.

Check out Mike’s Instructables page to see how he did it. An Instructables commenter suggested hacking the controller’s buttons so that they trigger sound effects, or perhaps make your dog’s collar light up.