So Long, Egon: A Tribute To Harold Ramis

Ash Vickers of Megacynics drew this image in remembrance of the amazing comedian/director/writer Harold Ramis, who passed away yesterday at the age of 69. It is a fitting tribute to a man who gave us so much laughter and joy. 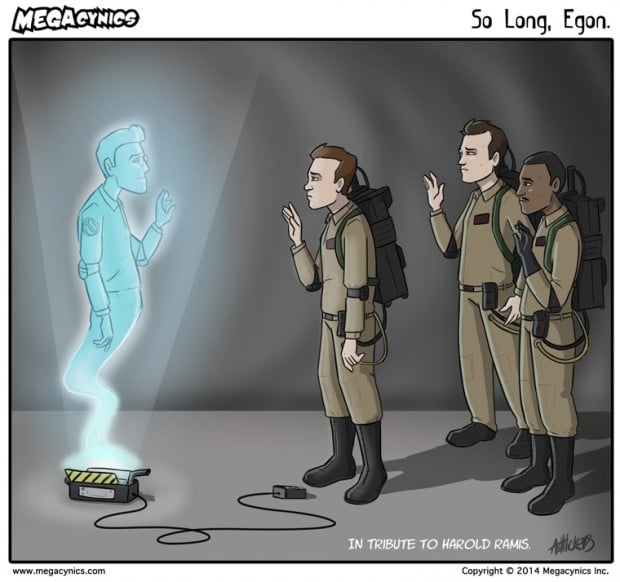 She explains how this piece of art came about:

When I drew this, the scene popped into my head of Egon actually wanting to know what it was like to go into the trap. I never meant to imply that they’d stick him in the containment unit with the other ghosts ;P. He’s smiling and saying good-bye like ‘no… it’s fine, guys. I’ll be fine!’ More importantly, I was just sad today after finding out that Harold is gone. I just wanted to draw something in tribute to him and this is what popped in to my head.

A fitting tribute indeed. Harold Ramis was a large part of many of our childhoods and he will be missed. The man portrayed Dr. Egon Spengler in Ghostbusters and that is how I will always remember him.