A Farscape Movie is Coming!

A decade ago, back before the name change when there were actually cool series on Sci-Fi Channel that had nothing to do with ghost hunting, Farscape was one of the coolest shows on the network. The series had some cool characters and was cancelled before many fans were ready for it to go. 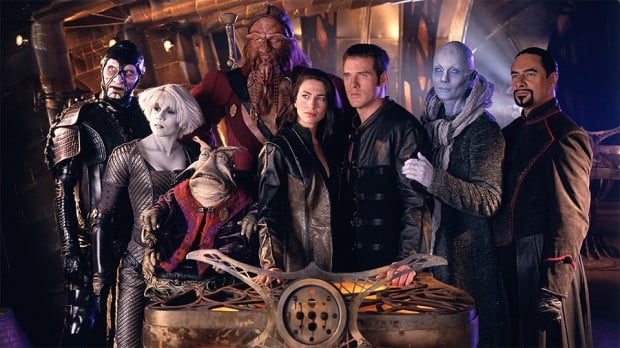 If you were a fan of Farscape, word is that a movie is in the works. The tip that a film is in the works from writer Justin Monjo. He is writing the script and the film will reportedly be directed by Brian Henson, son of Jim Henson. It’s unclear if we are talking theatrical release or made-for-TV movie.

The movie will follow the son of John and Aeryn, D’Argo Sun Crichton. I don’t recall much about a child from the series but apparently the film’s plot has D’Argo hidden by his parents on Earth because he possesses some kind of superpowers they don’t want evil aliens to know about. The core of the film is said to pick up when D’Argo is 19 and he ends up joining his parents on their spaceship.

[via TOR via io9 via Nerd Approved]