Inceptor Board Game is Based on Inception: BRAAAAHMM

Nope, you’re not dreaming. An independent group called Pilot Study is working on Inceptor, a competitive board game for two to five players. Based on Christopher Nolan’s sci-fi heist movie Inception, the game is about assembling a team of specialists who will plant an idea in someone’s mind. 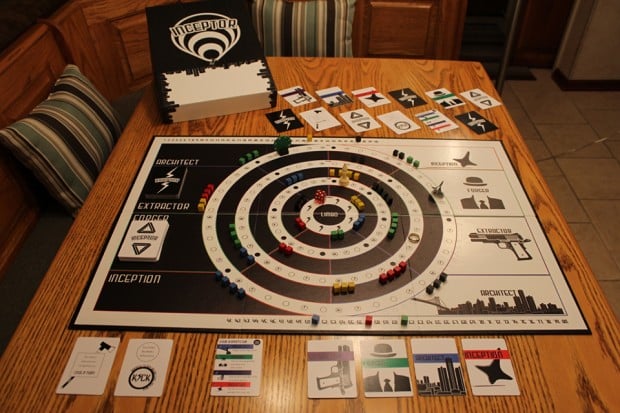 In Inceptor, players are randomly given a mission card. The mission card indicates the idea you have to plant and the number of cards of each job – signified by different colors – that you have to get in order to plant said idea. For instance, in the mission card below you need three Architect i.e. blue cards, four Forger i.e. green cards and so on. Players will then go around the board, and at certain spots will be given a chance to randomly draw these colored cards. 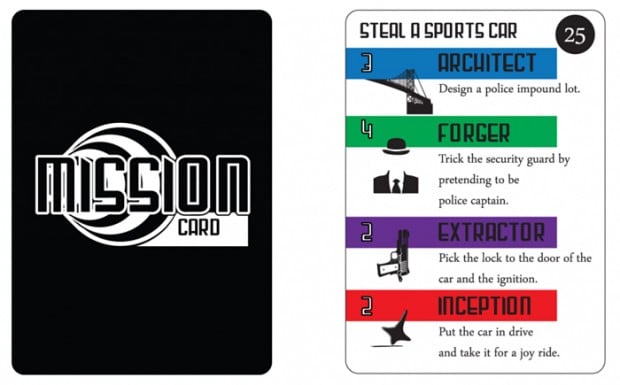 Just like in the movie, each of these jobs are accomplished at different levels of the victim’s dream. Once you have enough cards for a certain job, you can then go to the dream level – represented by the concentric circles on the game board – where that job is to be completed and finish that part of your mission to get points. Jobs that require more cards net you more points. 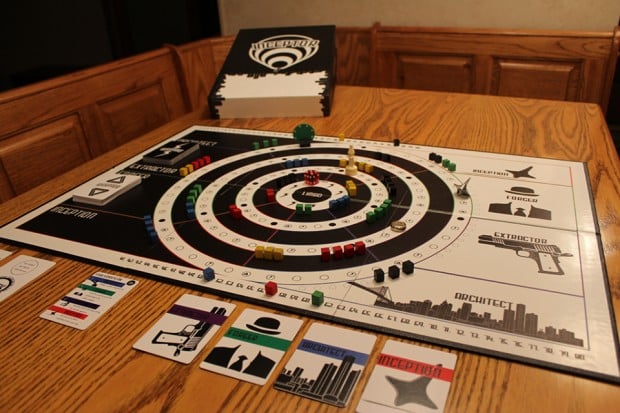 The moment any player completes all four jobs in his mission, the endgame or “Final Kick” takes place. Just like in the movie, all players have to get out of the victim’s mind. This is done by going to the first or outermost dream level within a set number of turns. Otherwise he will be stuck in limbo. Mechanics-wise, this means a certain number of points will be deducted from each player who gets stuck in limbo. 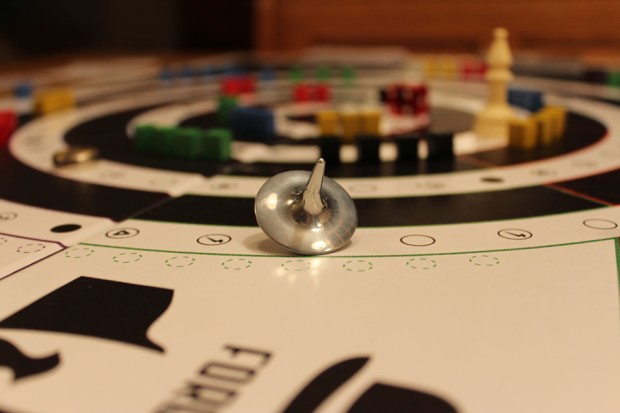 Even if multiple players complete all four parts of their mission, only one idea can be fully planted in the poor victim’s mind. I don’t know how this idea will be chosen, but the player whose inception is successful will get bonus points. That’s the gist of the game, but there are other rules and mechanics that I didn’t discuss here.

Twirl your browser and pledge at least $49 (USD) on Kickstarter to get a copy of Inceptor as a reward. A pledge of at least $99 will get you The Chemist edition, which includes the aluminum briefcase shown in the video.