I love Bravely Default. It’s one of the best RPGs I’ve played in a long time. I had so much fun playing it that I made a mini-guide for a certain part of the game. So I headed to GameFAQs, and while I was figuring out how to write my guide I came upon this neat Easter Egg for the game. I can’t describe the trick without spoiling a major feature of the game though. You’ve been warned. 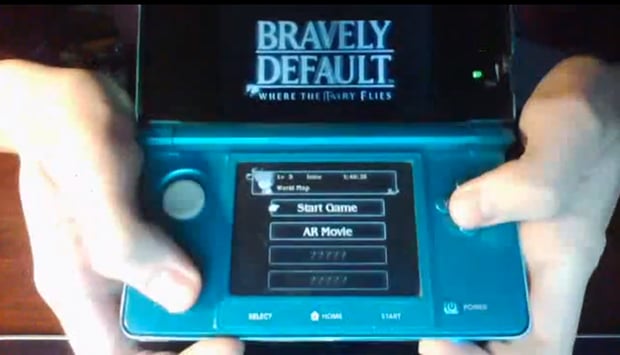 Here’s your final warning. SPOILERS INCOMING! Okay, Amigo-bot, here’s the trick. As you know, the game’s Start screen has four main options. Normally the fourth option will only be unlocked if you get the game’s “true ending”, which needless to say takes a long time to obtain. But YouTuber Shmiam found out that you can temporarily unlock that option by entering the Konami Code. More specifically, at the Start Screen, point the cursor to the fourth option then enter the code. The contents of that option are shown in Shmiam’s video as well, so you might want to stop watching after he demonstrates the trick.

I already got the fourth option before I found out about this trick, so I can’t verify if it works. That said, when I tried it I also heard the exact same sound effect that Shmiam got. Switch to the Browser Job and head to GameFAQs if you want further assurance that the code works.