Washing clothes shouldn’t be rocket science, but you’d be forgiven for thinking that when you look at the controls of modern washing machines. So when cloud services company Berg set out to create a prototype for an Internet-connected washing machine, they didn’t want to smarten it up just so it can tweet which socks you prefer. Berg knew that smart doesn’t mean needlessly complex. 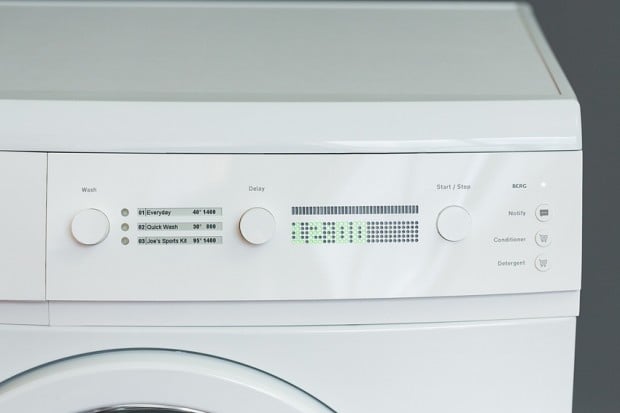 Berg’s Cloudwash prototype is built on four premises. The first one is that, for all the intricate settings on conventional washing machines, most users only ever use a handful of them. That’s why Cloudwash only has a few, easy to understand physical controls.

The first set of options lets you choose from your three most used wash settings. You’ll then use its companion app if you want or need to tweak these settings. Which brings us to Berg’s second premise: the early examples of smart appliances are not really smart. 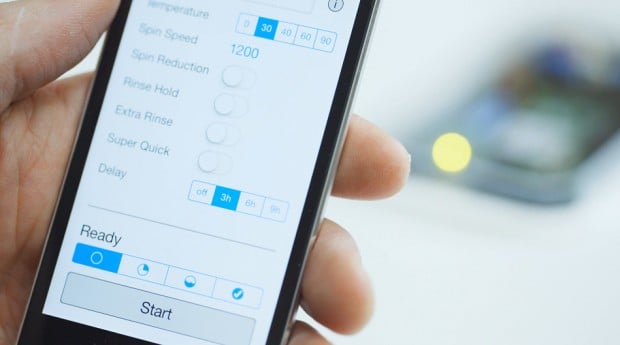 Berg noticed that the current crop of Internet-connected appliances mainly have two ways of distributing controls or options. Some smart appliances have all of their controls thrown to a mobile app, rendering the appliance nearly useless if you don’t have a mobile device on hand. On the other end are appliances that come with a touchscreen or mobile device tacked on, with few if any remote controls.

Berg opted for a middle ground. The Cloudwash app has all of the controls and options so you can control everything remotely if you wish, but the most used controls are also on the machine itself.

Berg’s third premise is that Internet-connected appliances should be able to adapt to your lifestyle. That should be part of why they’re called “smart.” Thus the second set of controls on Cloudwash lets you delay the washing machine’s final rinse.

This can also be adjusted through the mobile app, so you don’t have to hurry home to take out your clothes before they get wrinkled. It’s about making the machine adjust to you and not the other way around. 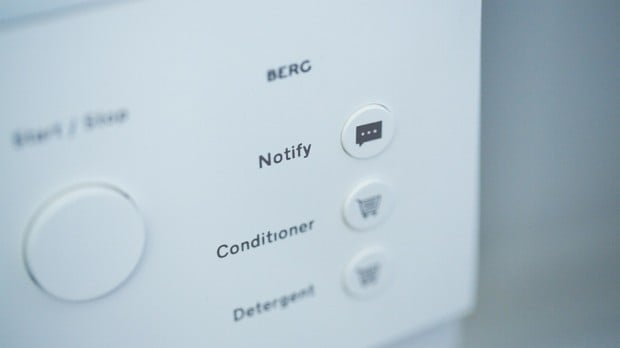 The third set of options includes a button to toggle notifications, but the other two buttons are more interesting. They’re manifestations of Berg’s fourth premise: subsidized washing machines might become a thing, just like what Nestle did to coffee machines with Nespresso.

See, you can set the two buttons to either send a reminder on your phone that your conditioner or detergent is running low. Or you can use them to make one-click purchases. Berg thinks that online retailers like Amazon or laundry product manufacturers may be willing to give away free machines or at least subsidize them to reel in customers.

Check out Berg’s case study on the Cloudwash for more information. I think its mobile app is a bit over designed and cluttered – there’s a freaking washing machine calendar, and it still uses vague washing machine terminology. I also don’t want a future where my appliances are cheap but will only work with a certain brand of detergent or brand of popcorn (because what else will it ultimately lead to?). But I do love the attempts to make machines more user-friendly and flexible.