Charge up your smartphone with the power of the Dark Side of The Force with this limited-edition Star Wars Darth Vader ProMini 9000 charger. This black charger is engraved with the image of your favorite Sith Lord, Darth Vader. 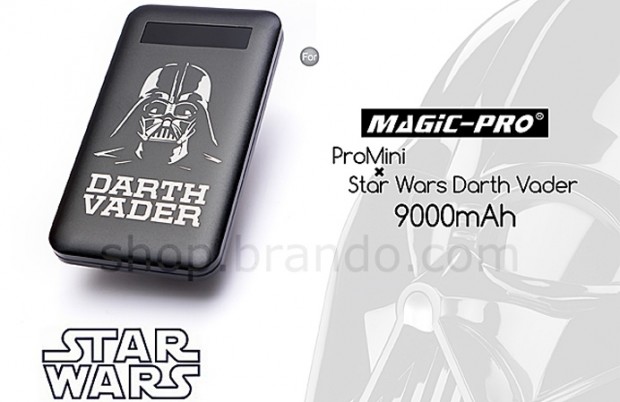 Vader will keep your iPhone, iPad, iPod, tablets, smartphone, and more, all juiced up. It is compact and easy to carry, just like a lightsaber. The ProMini 9000 measures 122mm x 67mm x 16.2mm and weighs only 200g. The charger takes about 12 to 13 hours to fill up and comes with a poweful 9000 mAh Lithium Polymer battery and Dual USB outputs. 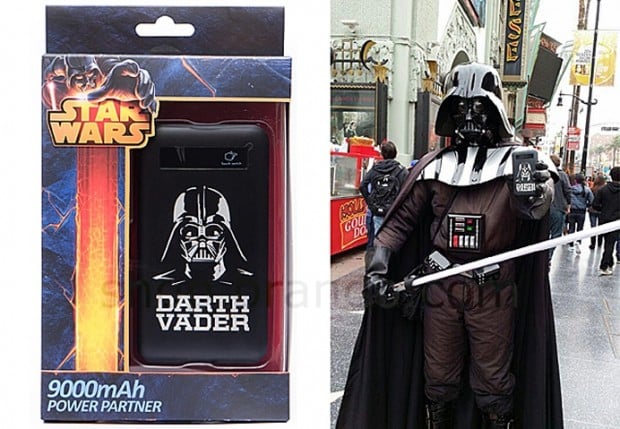 The Darth Vader ProMini 9000 also comes with “Over-Charge, Over-Discharge, Over-Load, and Short circuit” protection, though it won’t protect your from being Force-choked. It sells for $89.90(USD). 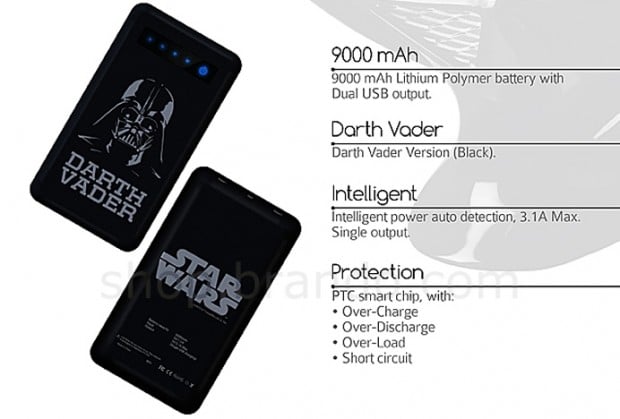 May the Force (and the battery power) be with you.