Netflix recently held a Hack Day for its engineers to come up with tweaks to the popular streaming video service. Even though the activity was made primarily for fun, one of the resulting hacks is quite promising: a hack that uses information from a Fitbit to detect when you fall asleep and then pauses the video in response. It could give lazy people a reason to buy a fitness tracker. 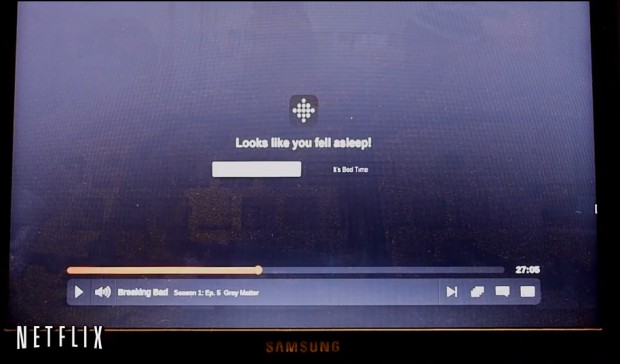 Made by Sam Horner, Rachel Nordman, Arlene Aficial, Sam Park and Bogdan Ciuca, the Sleep Tracker not only pauses the video but also makes a bookmark of that point. And then it’ll report the boring video to Netflix. Just kidding. It should though.

Netflix makes no guarantee that the hack will make it into their software, specially since not everyone has a Fitbit or fitness tracker in general. But wouldn’t it be nice if all displays had this technology built in? Check out the Netflix blog to see more hacks from their engineers.