Darth Vader and Stormtrooper Salt & Pepper Shakers: Your Lack of Seasoning is Disturbing

You know what’s odd? We never ever saw Darth Vader or any of his Stormtroopers stop for a meal. You’d think battling the Jedi-Rebel Alliance and building Death Stars (yes, plural) would work up a mean hunger. And if you are gonna eat a meal, it better be seasoned well. At a bare minimum, you need some salt and pepper. 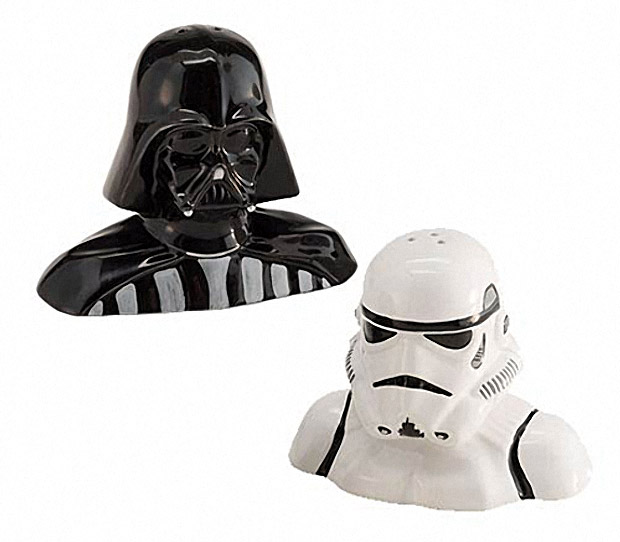 I think that it’s more likely that the Jedi would use these Darth Vader and Stormtrooper salt and pepper shakers since they kind of reduce the Empire to a role of simple servitude. Naturally, the Vader shaker holds pepper, while the Trooper holds salt.

So use The Force to open another browser tab and head over to Convenient Gadgets & Gifts to order a pair now for $19.95(USD). Now I want a Darth Maul shaker for my chili powder. And Grand Moff Tarkin for cumin. And Count Dooku for oregano.