The independent fan film Star Trek: Prelude Axanar launched on Kickstarter this past Saturday to raise funds. The goal was a modest $10,000(USD) and it was a 30-day fundraiser, so they figured the goal would be hit, but they didn’t expect it to happen so quickly. 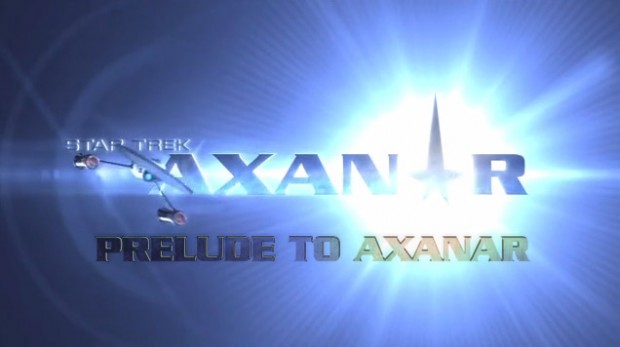 The goal was reached in just 14 hours, so I think it is safe to say that Star Trek fans really really want this. Now the $15,000(USD) and $20,000(USD) stretch goals have also been met within the first two days, and it’s still going strong.

Axanar refers to the planet at the border of Federation and Klingon space where the Battle of Axanar (mentioned in TOS) took place. Garth of Izar, the legendary Starfleet captain who was Captain Kirk’s hero, is captain of the USS Ares and is the central figure for Prelude and an upcoming feature film to be created by the same team (to be funded by its own Kickstarter project.)

Prelude to Axanar will be a short historical look at the events leading up to the battle, and it will be the central event of the film Axanar, which will film later this year. Prelude to Axanar will show how Starfleet built its fleet, how they held off a Klingon fleet that had been conquering star systems for centuries and how did Garth of Izar came to be regarded as the greatest Starfleet Captain.

This is proof that people want a new Star Trek. Badly. I can’t wait to see this one myself.