Jerry’s Place is a project about nothing from programmer Greg Miller for the Oculus Rift virtual reality headset. And it is unlike any other. This one recreates Jerry Seinfeld’s apartment from Seinfeld with 3D models created in Blender for the Unity game engine. 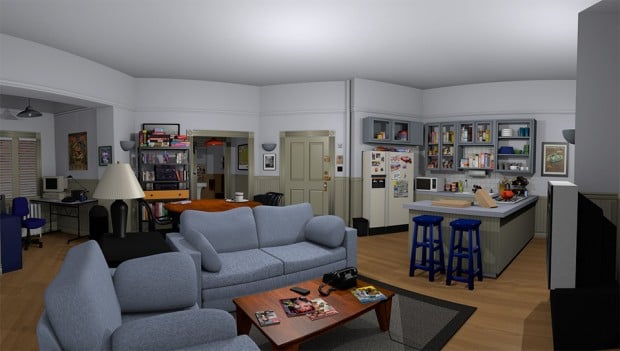 After purchasing the Oculus rift I started imagining what my first project might be. I decided to pick a project that would gradually introduce me to Unity without being overly complex. I was not new to 3D modeling, however this would be my first project in Unity. I came up with the idea of recreating Jerry’s apartment, in it’s entirety for virtual reality.

Jerry’s Place is available for download for Windows and Mac OSX on the project’s website. Seinfeld fans are going to love spending some time with this one.

I wonder if Kramer ever bursts through the door.

[via Waxy via Laughing Squid]