Asteroid 2014 DX110 Will Pass Between the Earth and Moon today

A rather large asteroid named 2014 DX110 is set to make a “close approach” to the Earth today. Astronomers say the asteroid will indeed pass between the Earth and Moon. While that sounds frighteningly close to use, it’s actually very far away. 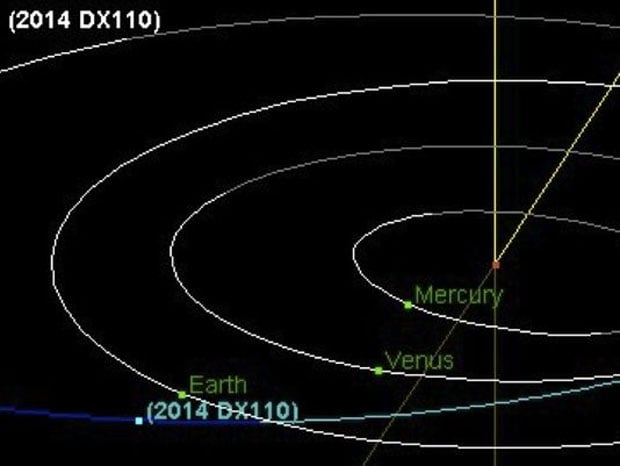 NASA says that the asteroid passing between the earth and the moon is a “non event.” The asteroid will be 217,000 miles from the Earth at its closest point. That is 9/10ths of the distance from the Earth to the moon.

The asteroid is 90-feet across and will speed by at 33,000 mph. It will be within that cosmically close 217,000-mile range for a while today. If you want to see it you can log into the Slooh.com website for the Canary island telescope to check it out starting at 3:30pm EST.

The asteroid has a 1 in 10,000,000 chance of hitting the Earth during its fly by, which is still 17.5 times more likely than you winning the Powerball jackpot.