Boeing Black Smartphone Bricks Itself When Tampered with

Boeing (yes, that same Boeing that makes airplanes) is currently working on a smartphone called “Black” that can reportedly self-destruct when it senses that it’s being tampered with. 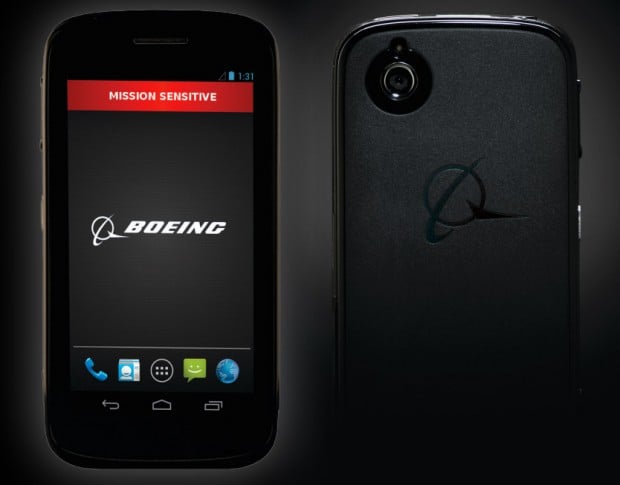 It’s especially made for government agencies and their agents. Boeing’s emphasis in designing Black is security, with the goal of ensuring that sensitive information and data stay private or secure, even when the phone changes hands (or is stolen.) Apparently, the phone can also be set to automatically “brick” itself in the event that it falls into the wrong hands. Adding to security, it can transmit on private satellite channels.

Boeing’s tamper-proof phone is aimed at government agencies and contractors who need to keep communication and data secure. Made in the United States, the phone runs on Google Inc’s Android operating system. The 5.2-by-2.7-inch handset, slightly larger than an iPhone, uses dual SIM cards to enable it to access multiple cell networks instead of a single network like a normal cellphone.

The device’s hardware roots of trust and trusted boot ensure the device starts in a trusted state, enabling maximum security of data. Hardware media encryption and configurable inhibit controls are embedded to protect the device, its data, and the transmission of information, significantly reducing the risk of mission compromise due to data loss.