There are bunches of cases out there for the iPad that add a physical keyboard to make it more efficient to use when typing a lot. A new case has turned up on Kickstarter that turns the iPad Air into a laptop. 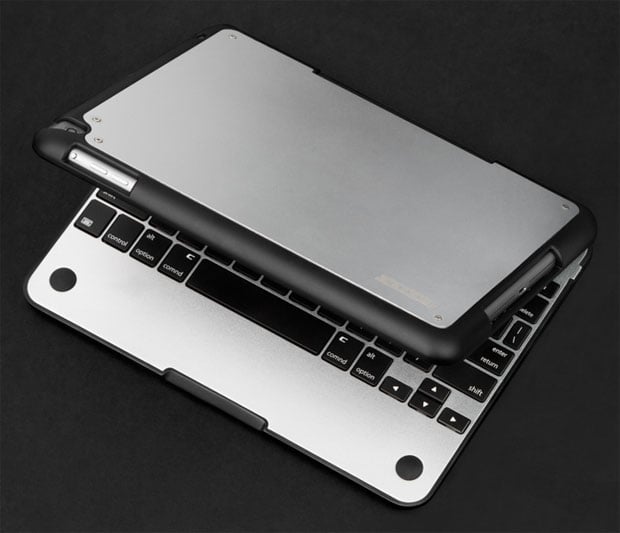 The CruxEncore case is designed to leave the camera and all controls of the tablet open and accessible. The case also leaves the speakers uncovered so the sound for videos and movies isn’t blocked. It’s got a durable hinge mechanism which allows you to adjust the iPad Air to any angle, without worrying about the display flopping over on itself.

It’s made from sturdy aircraft grade 6063 aluminum and polycarbonate. The aluminum is then anodized in multiple colors including silver, black, and white. 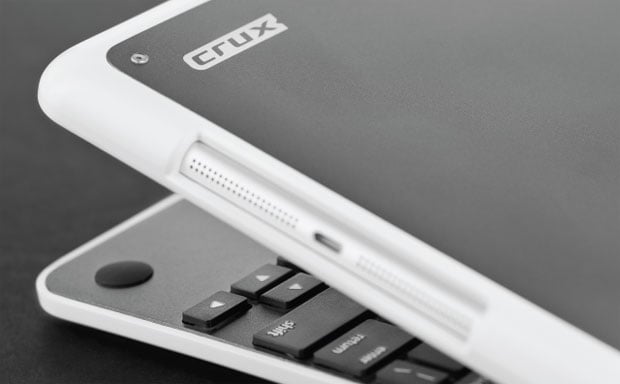 Power for the Bluetooth 4.0 keyboard comes from a 360 mAh battery that is good for a month of use per charge. The keys are raised and are claimed to mimic the typing feel on a MacBook. A pledge of $89(USD) or more will get you one of the cases with shipping estimated in May 2014.