We’ve seen a model of an antique typewriter made out of LEGO. But this LEGO keyboard made by Jason Allemann actually works and is good enough for daily use. With the exception of the electronics and key membrane – both of which Jason took from a discarded keyboard – the entire device is made out of LEGO.

The base of the keyboard is pretty standard stuff. Jason’s genius shows in the key switches, which he made out of Technic axles and connectors. 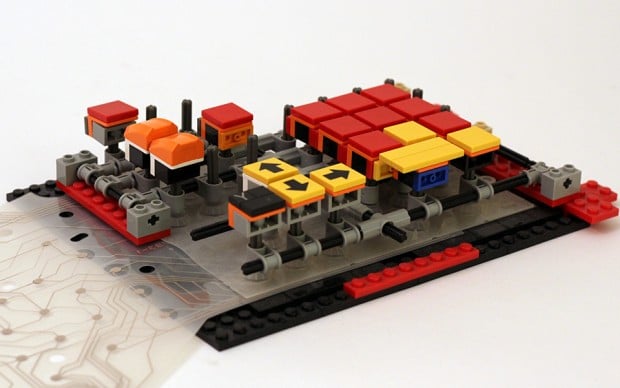 It may not be news to LEGO fans, but I didn’t know that LEGO makes pieces that are printed with numbers and letters. However, the world’s most famous toy company hasn’t released pieces printed with other keyboard symbols, so Jason had to improvise. His ersatz caps lock key is my favorite. Of course, Jason can easily swap the keyboard’s pieces. Get to work on that Print Screen piece LEGO.

Jason should put together a DIY kit for the keyboard. I’d buy one. Piece a browser together and head to Jason’s website for more on his awesome mod.