Look at these beautiful playing cards that feature a Steampunk Cthulhu theme. They were created by Nat Iwata, an artist based in Vancouver. These are real works of art that you can play poker with. 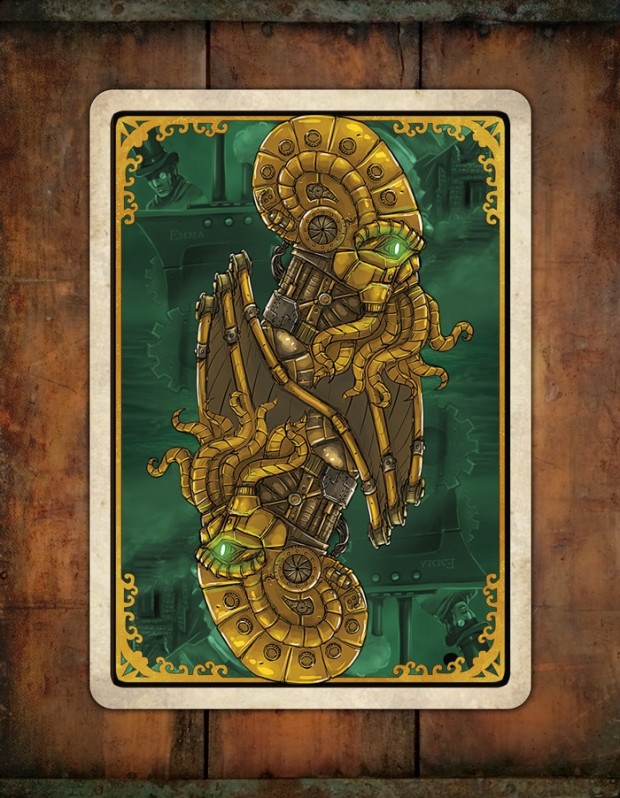 This custom playing card set features awesome artwork on back, and the face cards include scenes and characters from Lovecraft’s story. Nat decided to create these Steampunk Cthulhu Resurrection cards as a follow up to his original Steampunk Cthulhu cards from about a year ago. 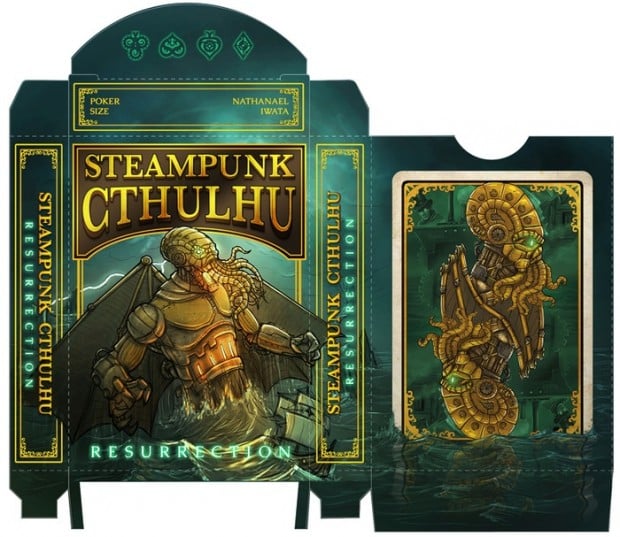 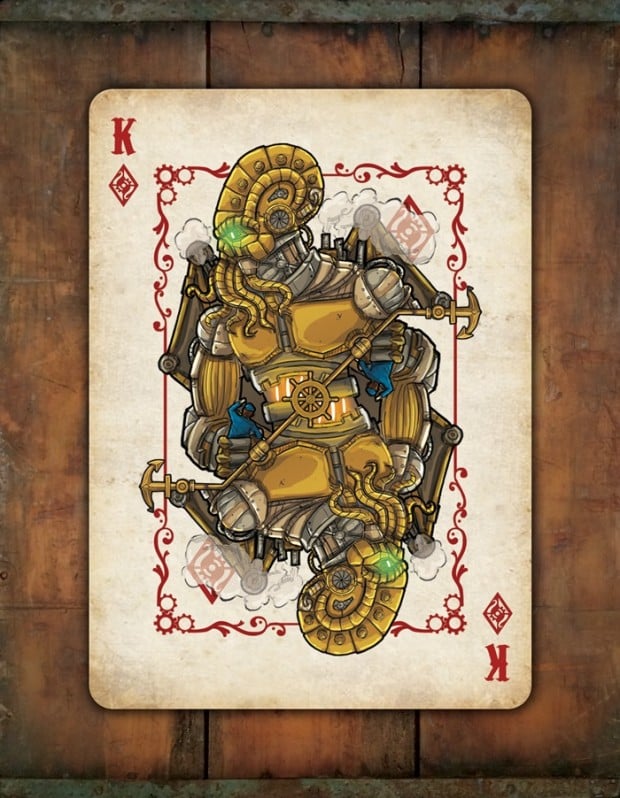 Nat has also made some custom Cthulhu coins that you can buy with the deck, which will complete your Cthulhu poker night or allow you to start one. Nat has really outdone himself with this set. I don’t know which is cooler, the cards or the coins. 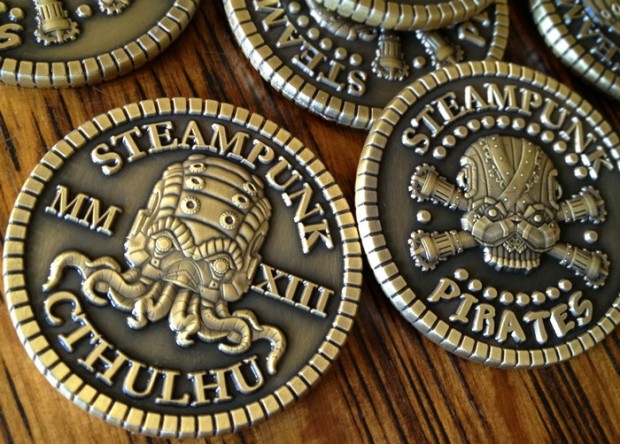 He has already met his Kickstarter goal and it still has a couple of weeks to go. A pledge of at least $10(USD) will get you a deck of cards, while $15 will get you the cards and one coin.