Hey there maker. Have you run out of toys to tinker with? Have you refurbished all of the gizmos in your local junk shop? Have you written programs to automate every appliance in your house? Chris Novello has something that should keep you occupied for a long time. It’s called Illucia, and it lets you mess stuff up. 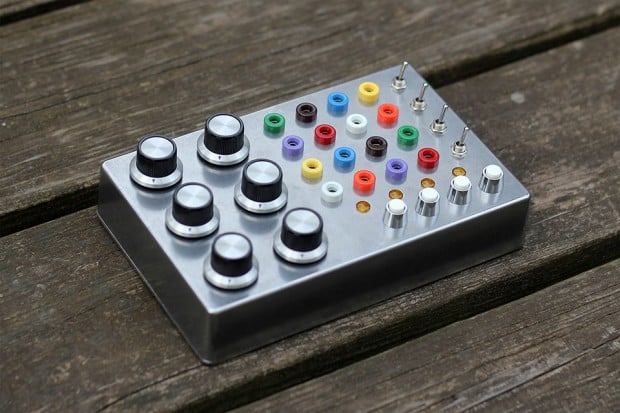 Illucia is a patch bay controller that lets you manipulate software using various electronic devices and even other software. It does this through Open Sound Control (OSC) and an array of jacks that can serve as input or output. Check out the controller’s user guide for more on how it works.

Here Chris controls The Legend of Zelda through Super Mario Bros., manually triggering events in the latter that in turn trigger events in the former:

You can find more of Chris’ demo videos on his Vimeo page. Chris made Illucia fully open source – he posted all of the necessary build information on GitHub – but he also made 19 units by hand, 13 of which have been sold as of this writing. You can buy one from the Illucia website for $495 (USD).