A few years back, LEGO builder Marshal Banana created an incredible Star Wars Sandcrawler model. Later, the model would find its way to Cuusoo, but never quite got to the point it needed to go into production. Now, it looks like LEGO has managed to finally release its own Sandcrawler kit, though it’s not as epic as the 10,000 piece original. 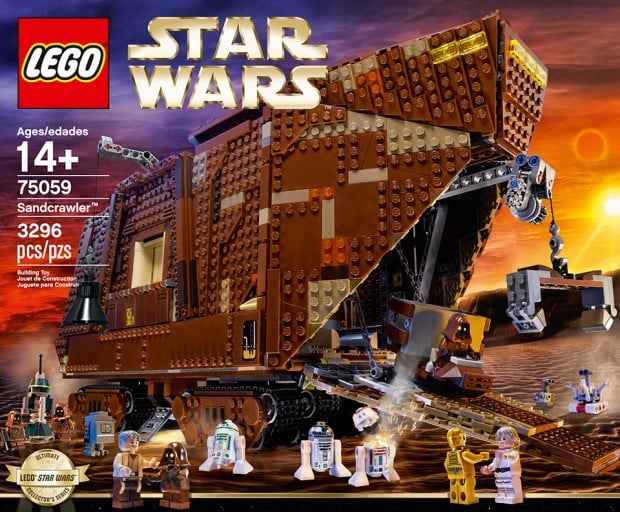 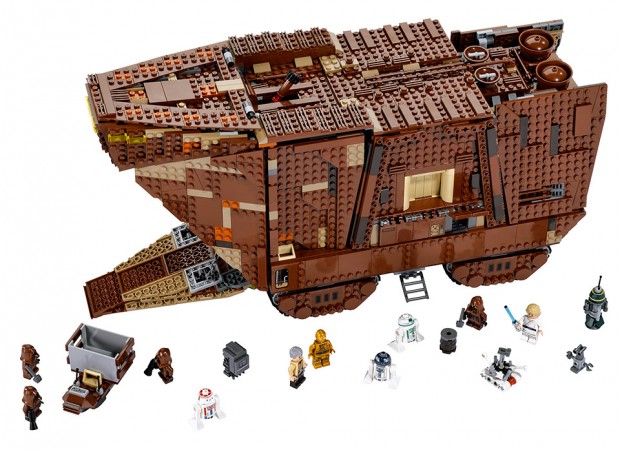 LEGO’s version of the Sandcrawler is about 1/3rd the number of bricks, at 3,296 pieces, but still looks pretty awesome. Part of the Ultimate Collectors’ series, the model is quite large, and has plenty of room for minifig Jawas and droids inside. Overall measurements for the vehicle are 18″ (L) x 9″(H) x 6″ (W). 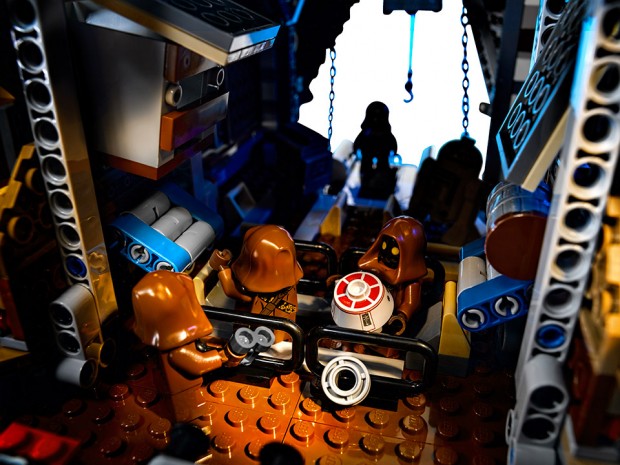 It’s got a number of moving parts, including a ramp on the front that can be raised and lowered with the turn of a knob, a droid-lifting crane, and even has that vacuum sucky thingy for lifting up droids. 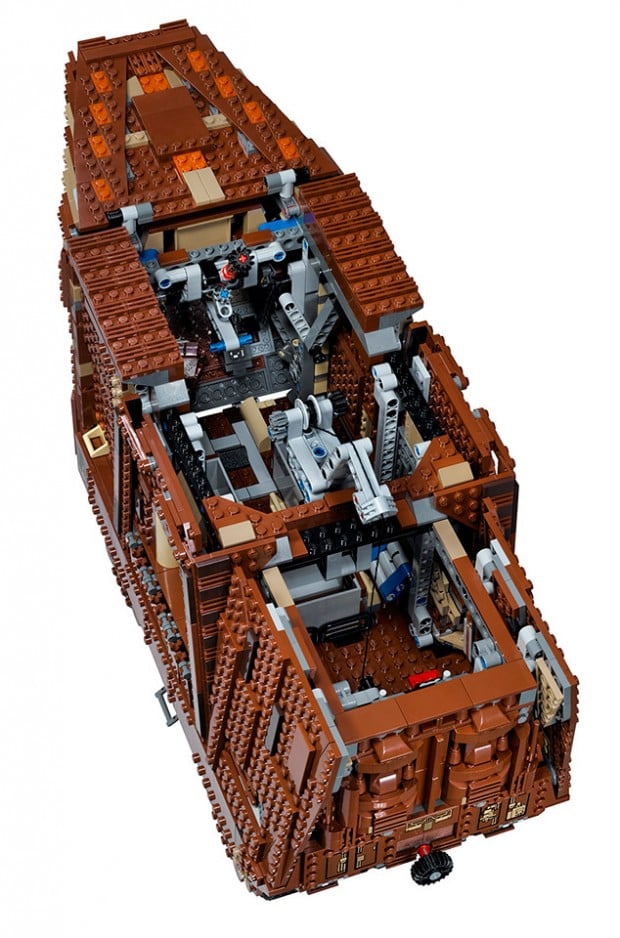 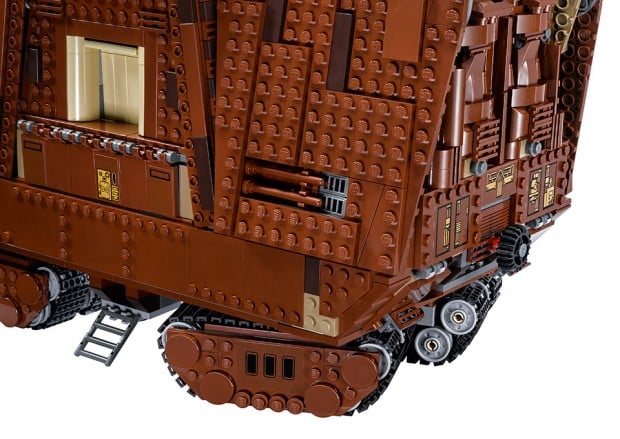 While its treads aren’t motorized, they can move when pushed across a surface, and they can be steered too. Here’s hoping someone figures out a way to hack a motor in there. 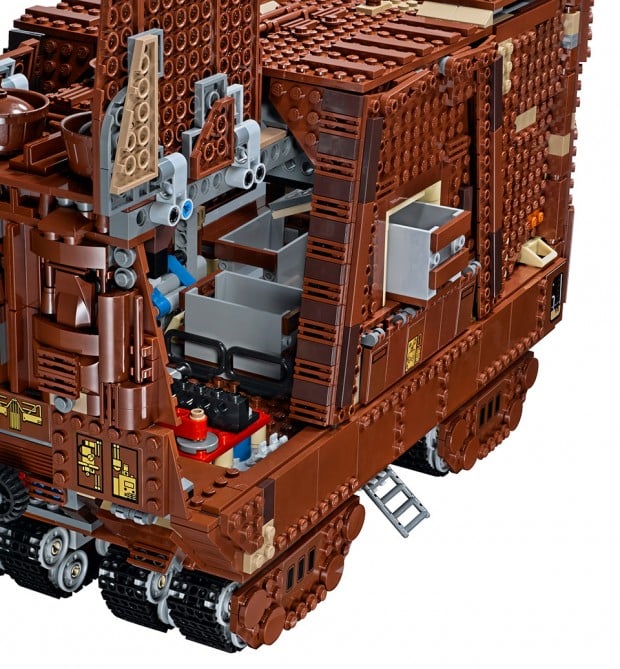 The set also comes with a number of minifigs, including four Jawas, Luke Skywalker, Uncle Owen, C-3PO, R2-D2, R5-D4, and four other droids. It even comes with some spare droid parts, because that’s what Jawas do. Below is just a sampling of the minifigs included: 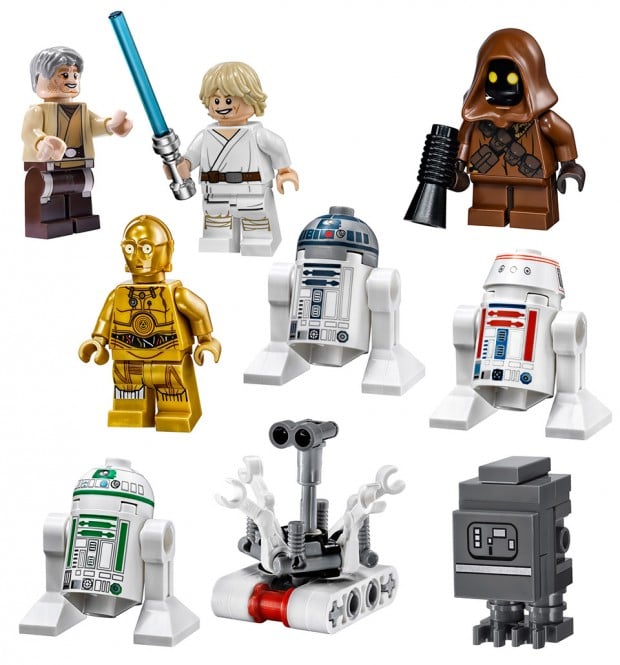 You can check out the full details of the LEGO Sandcrawler in the video below:

LEGO expects to ship the Sandcrawler this May, and it will sell for $299.99(USD) at shop.lego.com.