Pool tables come in hundreds of different styles, but if you really want to make your setup unique, check out OpenPool. It’s an augmented reality system that lets you project visual effects on the bed that react to the motion of the balls. 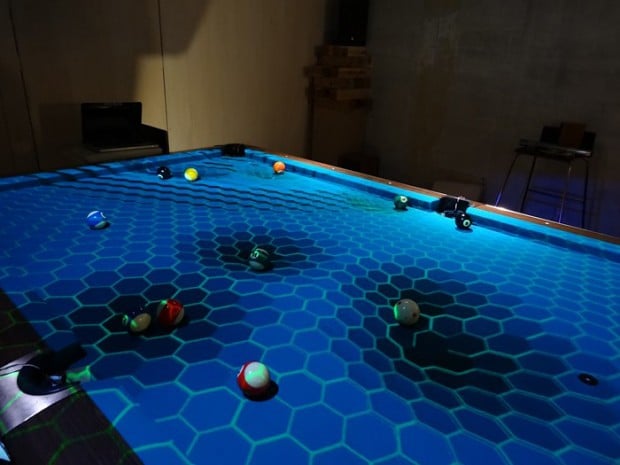 OpenPool is an open source program that uses a Kinect sensor to track the balls on the table, then feeds the visual effects to a projector mounted above the table. OpenPool also has an optional complementary device that triggers additional visual effects when a ball sinks into a pocket.

OpenPool isn’t for small time players though. You have to pledge at least $5,000 (USD) on Kickstarter to get a full OpenPool kit, which includes a PC, a Kinect and a projector – and that doesn’t include the pool table. You can also get a DIY kit – basically just the software and a mount for the projector – by pledging at least $1,000. Masse your browser to the OpenPool website to see additional information as well as more demo videos.