LED lightbulbs are here to stay, but most of the ones you can buy at the hardware store are pretty basic in terms of functionality. You’re lucky if they can even be dimmed. The Tabu Lumen TL800 LED Bluetooth Lightbulb is much more sophisticated than most. 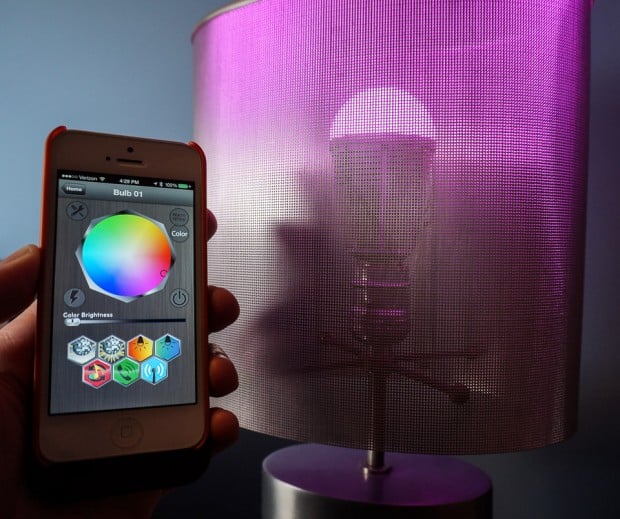 While it fits into a regular light bulb socket, the Lumen can be remotely controlled from any iOS device with Bluetooth 4.0 support, which currently includes the iPhone 4s/5/5c/5s, iPod Touch 5th generation, New iPad, iPad Mini and iPad Air. Tabu recently released an Android-compatible update to the Lumen, but I didn’t test that version of the app. 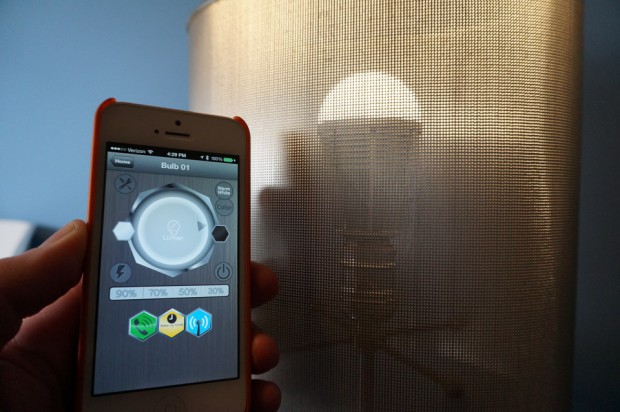 The Lumen app provides a good variety of functionality, including the ability to switch between white and color modes, adjust brightness and hue, group and control multiple bulbs, and control the bulb using other software triggers. 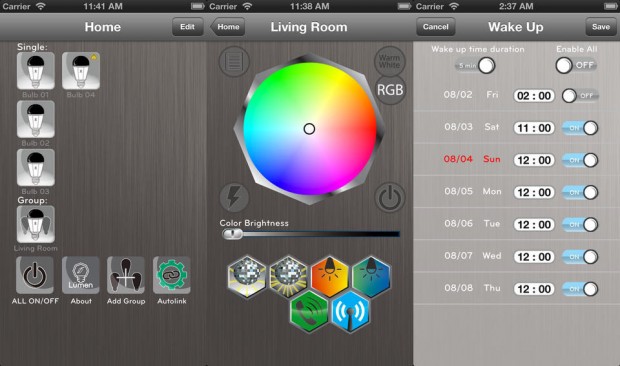 Specifically, you can have the bulb turn on and off based your proximity, when your phone rings, or even synchronize to the beat of music. You can even set a palette of up to five colors for your musical light show. Keep in mind that the music mode only works while the app is open, and won’t work with streamed tracks – only those downloaded into your phone in iTunes. A couple of other fun modes are tossed in the mix including a couple of “party modes” which just blink random colors, a “romance mode” which slowly cycles between warm colors, and a “relaxation mode” which cycles between cool colors.

There’s also a wake-up mode, but I couldn’t get it to work for the life of me. Every time I tried to save my times, they were lost when I checked the app again. I’d like to see a full time-based on/off functionality, but I think that would require some sort of timer chip built into each bulb – which wouldn’t be a bad idea for a future revision.

Other than the aforementioned issue, the app works quite well, and the bulb seems much more responsive to commands in my experience than its biggest competitor, the Philips Hue. It will simultaneously control up to 10 bulbs, but you must be within 30 feet of them for it to work, so that does create some practical limitations compared to a Wi-Fi controlled system like the Hue. 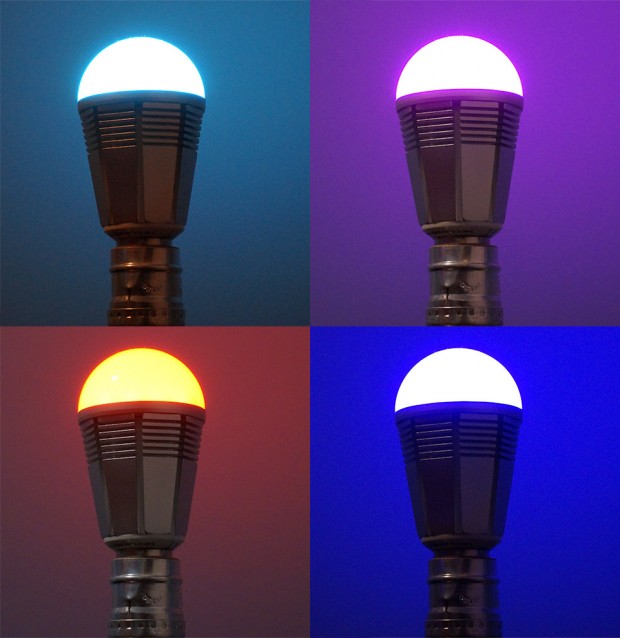 I found that the bulb was able to output a very wide variety of colors, while also producing a pleasing white light, that can be dimmed to a variety of levels. However at its brightness levels below 30%, I found the white to flicker a little bit, so the bulb seems more at home at higher brightness levels. Speaking of which, at its highest level, a single Lumen is enough to illuminate as much space as a 40-watt incandescent bulb, with a substantial 400 lumens of brightness. For comparison’s sake, the Philips Hue outputs 600 lumens, but I certainly couldn’t tell the difference with my naked eye.

Should you find yourself in the room without access to a smartphone, you can always flip the bulb off and back on again with the light switch and it’ll default to a bright white setting. 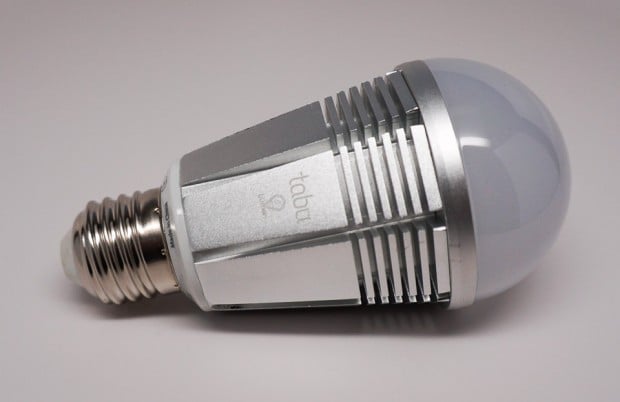 The TL800 bulb has a standard E26 medium screw base, and is is compact enough to fit in most table or desk lamps, though it’s a hair taller than a standard bulb. It also produces all of its light from the top 1/3rd of the bulb, so this is something to keep in mind depending on the design of your lamp. 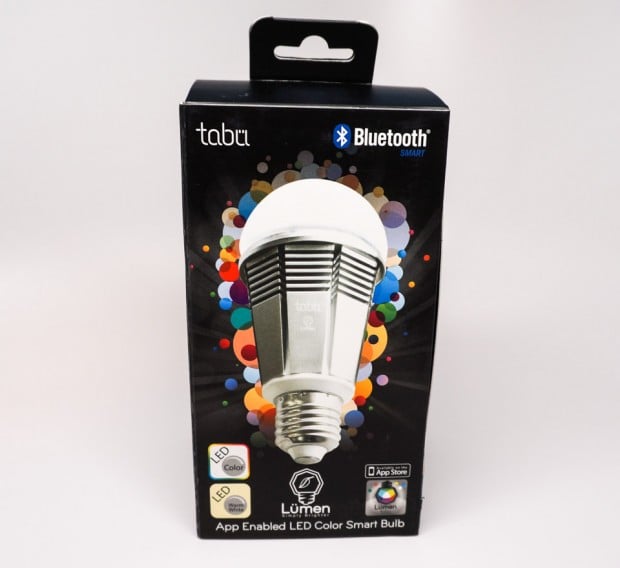 Overall, I’m very pleased with the Tabu Lumen lightbulb. With the exception of the wake up feature, it works exactly as claimed – and certainly does way more than your average light bulb. List price for each bulb is $69.99(USD), but you can currently find them on Amazon for $54. Keeping in mind that the estimated lifespan of the Lumen bulb is 30,000 hours, and taking into account the power savings, I think it’s a reasonable investment – especially if you’re into geeky playthings like I am.

Tabu is also launching a smaller version of the bulb called the LuMini, over on Kickstarter, which will also come in E26, and skinny E14 and E12 bulb base sizes. Keep in mind that the LuMini won’t be as bright, and is designed more as a mood light.