Kegerator with Facial Recognition Knows Who Drank How Much, Because You Certainly Won’t

Phil Harlow wanted an easy way for him and his roommates to split the bill for their kegerator’s beer keg refills. So they all decided that he’ll just pay for it. Just kidding. Phil is working on a facial recognition system for their kegerator that will keep a tab for them. 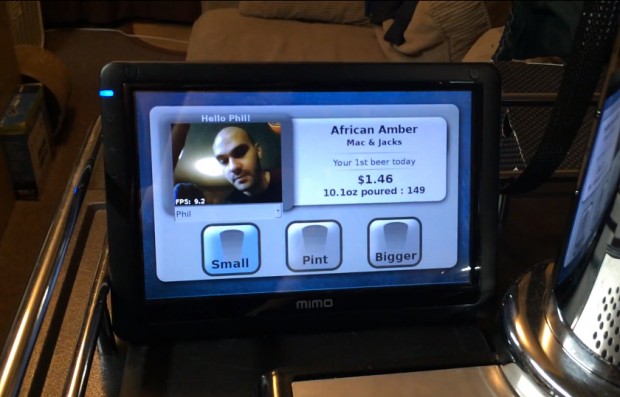 Phil’s setup is powered by a Raspberry Pi. It uses two flow sensors to detect if the tap is turned on, at which point a camera will activate to examine the user’s face. A touchscreen monitor displays relevant details, including the user’s name, the type and amount of beer poured and its equivalent cost. Phil and his buddies can also scroll through the kegerator’s history to see their tabs.

Now all it needs is a towel, some interesting stories and a plate of nuts. Head to Phil’s blog for more on his hack.