My Little Pony fans will love what DeviantARTist Chris Cardi of CARDI-ology is doing. He modifies Xbox 360controllers with pop culture themes, like Batman and Pikachu to name a few. However, these Pony controllers really take the cake. 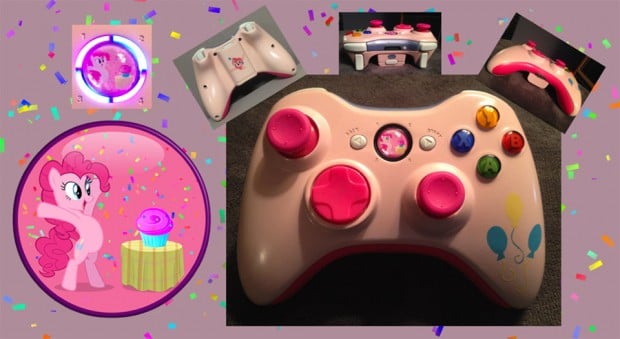 There is even one for Vinyl Scratch, the most famous DJ in Equestria. It has a cool nightclub vibe thanks to blue and white LEDs in the front. Still, it is hard to pick a favorite, since they all look great and represent their Pony extremely well. 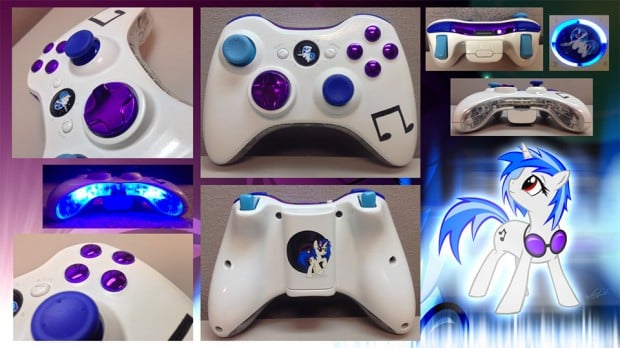 I think I like Rainbow Dash the best. That color combination just looks good on an Xbox 360 controller. Good work cardi. Friendship is magic, but my BFF is my game console. 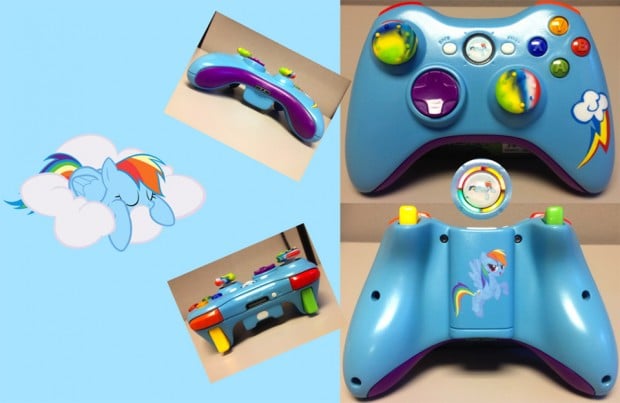 If you’re interested in having your own custom controller made, head on over to CARDI-ology’s Facebook page and drop him a note.