LED bulbs are a great way to save some power and be more green since they consume much less electricity than standard bulbs. They can also do more than conventional bulbs. Tabu Design makes the cool Lumen Bluetooth LED bulb that we reviewed just a few days ago. One of the issues that might pop up for some with that bulb is that it’s a bit large for smaller lamps. 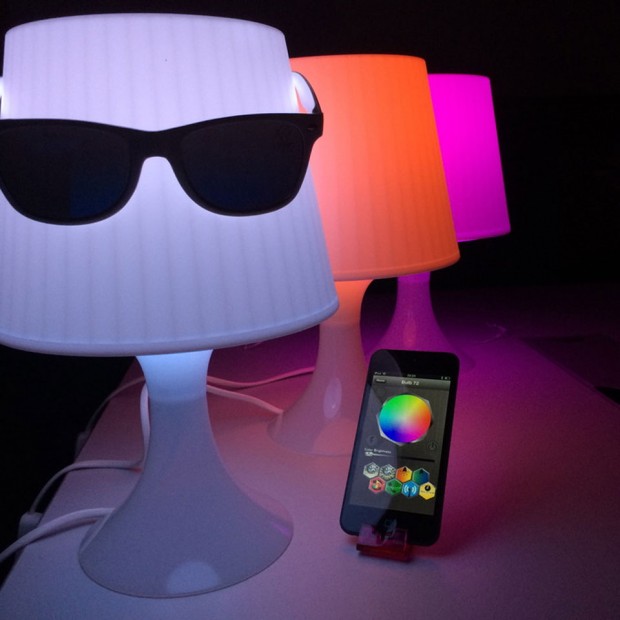 Tabu has launched its Kickstarter project for a smaller version of that bulb called the LuMini. This bulb is specifically designed to fit completely inside of smaller lamps. Part of how it works its magic is by using a ceramic cooling ring instead of metal fins. 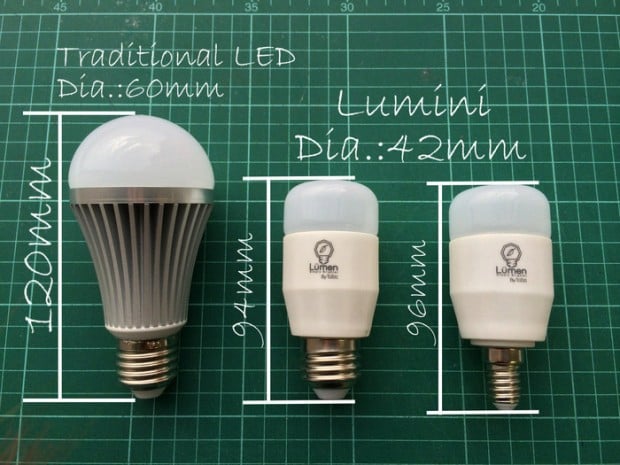 Like the original, this bulb can be controlled via Bluetooth 4.0 using a smartphone app. It has RGB LEDs inside, and can make just about any color light you want. It’s also about half the price of the Lumen.

Unlike the Lumen, the LuMini doesn’t have a dedicated white LED inside. You can get white light from it, but it’s not as bright or pure as the original. The company has stretch goals that will produce other bulb sizes if certain milestones are met. A pledge of $30(USD) or more will get you a bulb in May 2014.