It seems I can’t go more than a couple of days without finding another wacky Japanese gadget that seems to solve no real problem. Here’s another crazy product from the island nation. This robotic ball that works like a rolling dust mop. 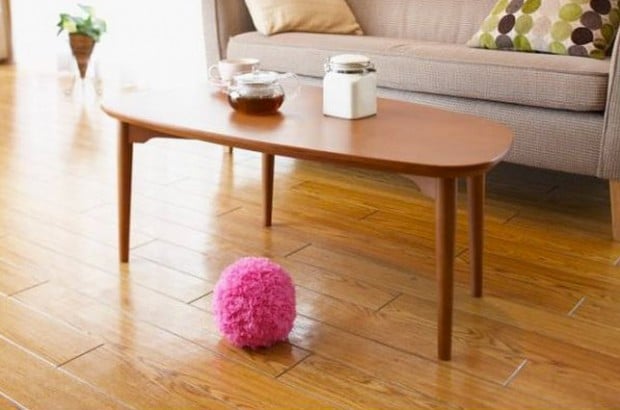 While most of us would resort to using a vacuum cleaner or maybe a Swiffer to perform the task of sweeping up dust bunnies, the folks who designed the Mocoro rolling mop ball opted for something decidedly more whimsical.

Just release the Mocoro on your hardwood, tile or vinyl floors, and it’ll roll around collecting dust for about 15 minutes. Once it’s done, it’ll sing a little song to let you know its work is complete. It seems like a great idea until you realize that you have to wash it off between cleanings. The point is moot though, as your dog will probably use it as a chew toy before long anyhow.

Normally available only in Japan for ¥3,980 (~$40 USD), the folks over at White Rabbit Express should be able to help you get your hands on one.