Dish Network Super Joey Launches, Records up to Eight Programs at Once

I have been using a Dish Network Hopper whole home DVR system for about a year now and I will never go back to a normal DVR. I can record a lot of shows at the same time on the system as it is now, but at times I run into issues and have to cancel stuff. This is mostly because my daughter records every episode of SpongeBob SquarePants and anything that has the word “horse” in the title. 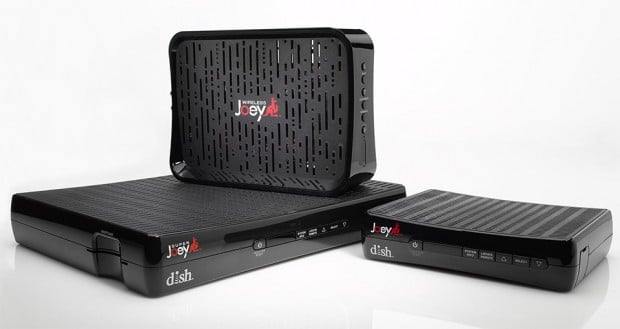 Dish has announced that the Super Joey that was unveiled during CES is now available for people to have installed in their home. The Super Joey works in concert with the Hopper DVR system and when installed significantly expands the number of shows you can watch or record.

The Super Joey adds two more tuners to the three that come in the Hopper. One of the tuners in the Hopper automatically records ABC, CBS, NBC and FOX primetime shows, so you can theoretically record eight shows at once – or at least four programs you really want, plus four that you maybe want.

Hopefully, this means I can keep watching my shows when my daughter’s endless recordings kick off at the same time.