There are two reasons why I’m not a fan of most wireless chargers for mobile devices: they make it awkward to use your device while it’s charging and they require bulky cases for your mobile device. Slimo easily takes care of my second complaint. The first one? Not so much. 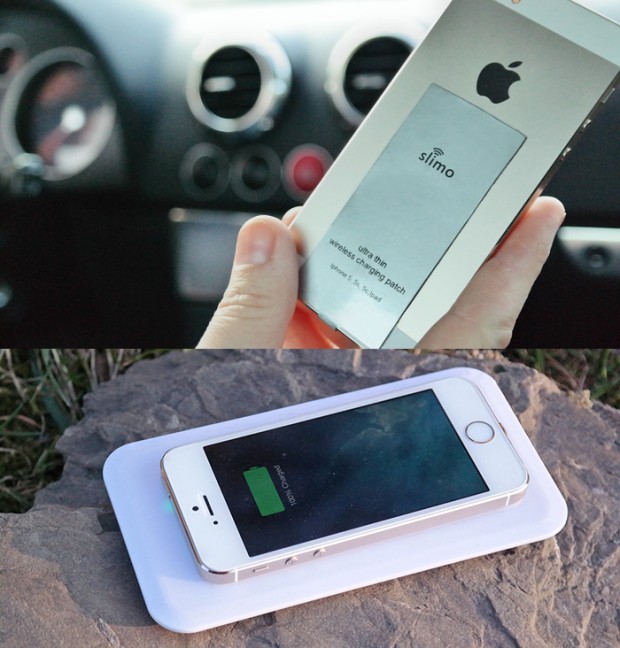 Unfortunate name choice aside, Slimo is indeed slim. Instead of a bulky case it takes the form of a conductive patch that’s just 0.014″ thick. The patch delivers power to newer iOS devices via a Lightning connector. This means that you can attach Slimo without removing your iOS device’s case. You can even keep it underneath a case, as long as the latter isn’t made of metal. Slimo will work with any charging base that complies with the Qi Wireless standard.