Megaton Lamp Made from an Actual Bomb

This lamp is the bomb. Literally. It was created by Stockpile Designs of Brooklyn, NY, and is called the Megaton floor lamp. It uses the hand-polished casing of a Korean War-era 100-lb kinetic bomb and is seated 42 inches above the ground by a narrow stand instead of residing in a bomb bay ready to ruin someone’s day. 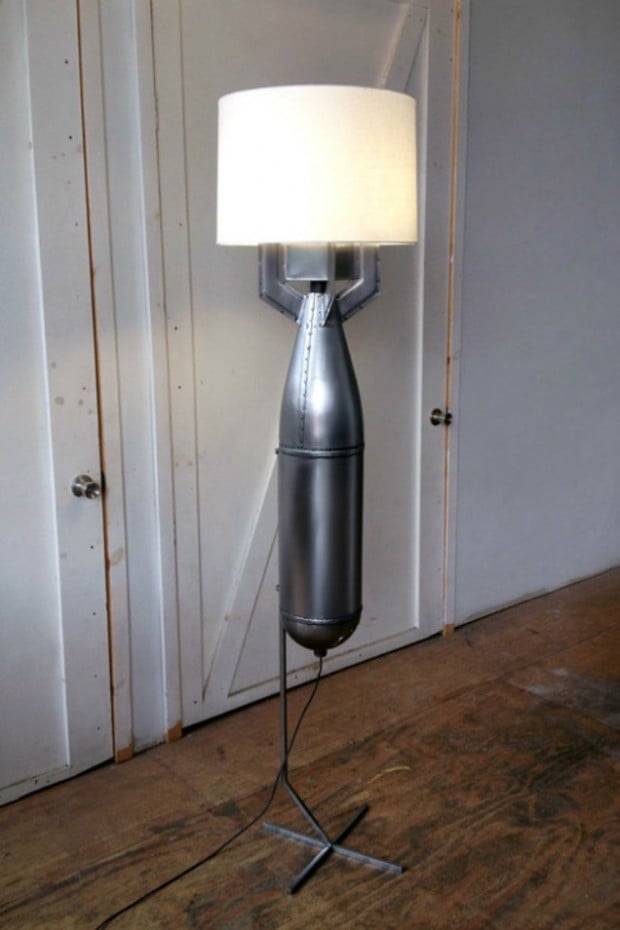 Its makers strip the old paint away and the steel is hand-polished until it gleams. Unlike the bomb in it’s explosive state, it is easy to disassemble. An optional linen shade hides the dual bulb sockets. The Megaton floor lamp will blow you away despite being disarmed, since it costs a crazy $1,680(USD).

I would suggest placing a Wile E. Coyote figure underneath, as if the Road Runner has gotten him again and he is about to get blown up.