There are all sorts of things you can do with a flying drone aircraft or quadcopter carrying a camera. You could do the obvious and chase your dog or cat around the house. You could have it follow your significant other around to make sure they’re not causing trouble. 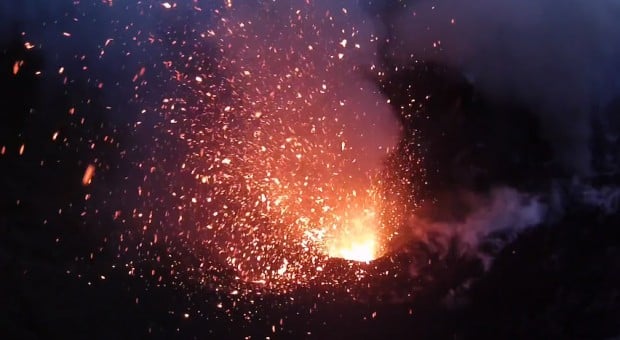 One thing I would not have thought of doing with a camera-packing drone is send it into the caldera of an active volcano. I would expect the hot gas and flying molten lava to destroy the drone in short order. I would be wrong, at least in this instance. Recently, Shaun O’Callaghan’s DJI Phantom quadcopter drone carried a GoPro into an active volcano on Tanna Island in Vanuatu.

You can see in the video that lava and gas are flying everywhere and going all around the camera and drone. I can’t believe the thing survived, but Shaun says the drone says no harm came to it or the camera during filming.